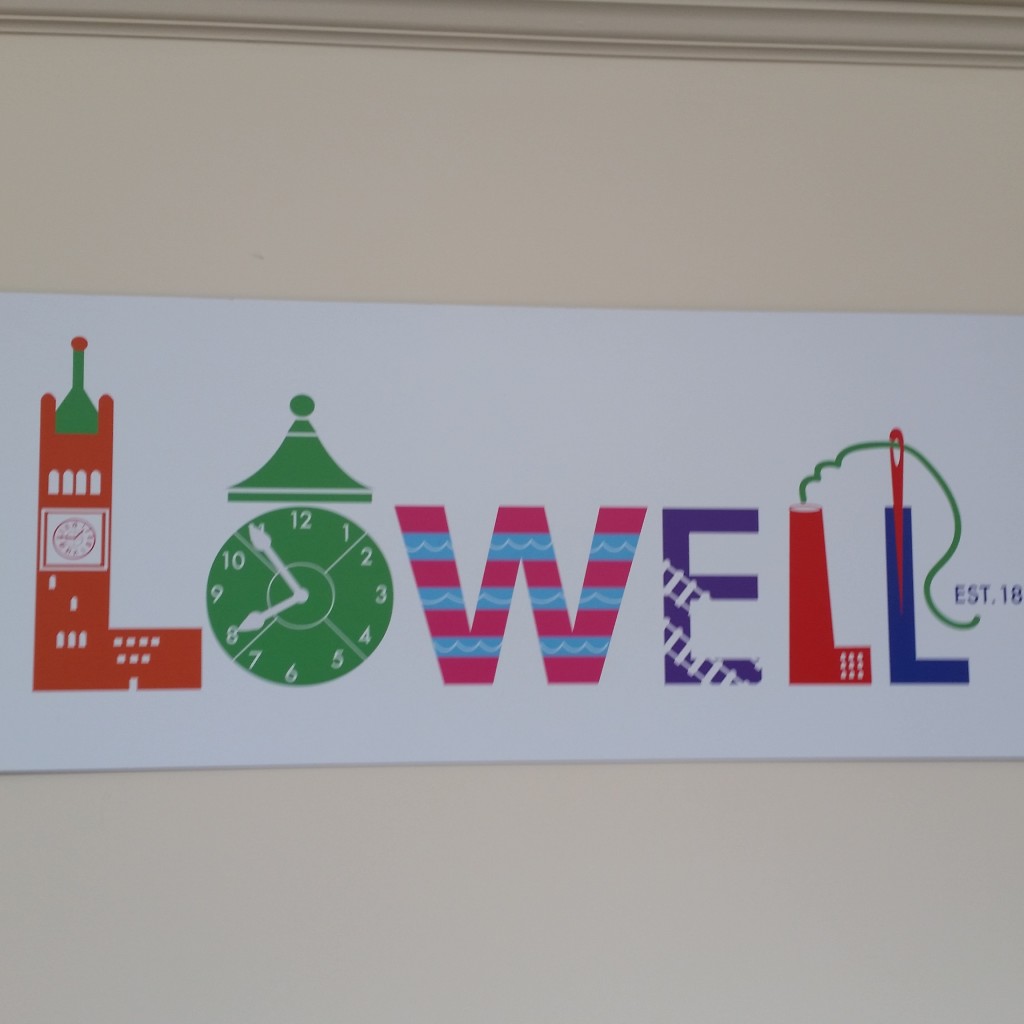 It was another quiet council meeting this past Tuesday night which has been the norm since the snow melted. That might all change since the city’s FY16 budget should be out soon.  City Manager Murphy has done a good job of addressing the priorities of the city councilors and he will probably do the same in the budget so the council might ratify the budget without much debate.  Still, the many wish lists must exceed the available revenue by many millions of dollars so it will be interesting to see what is given budgetary priority. 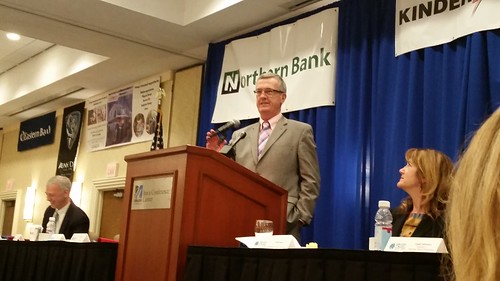 Manager Murphy was one of the keynote speakers at this week’s Greater Lowell Chamber of Commerce Municipal breakfast at the UMass Lowell Inn & Conference Center on Tuesday.  He told the assembled crowd that he has always had three pillars of his administration: public safety, education and economic development.  Regarding public safety, he said the challenge is as much a perception problem as it is anything else.  Still, by the end of this fiscal year the city will have added 13 new police officers, two of whom are always assigned to walking routes downtown, and he expects to add 4 more in FY16.  With education, the city will again meet the fiscal requirements of school funding set by the state.  Murphy said that businesses are attracted to Lowell by the availability of a trained workforce, so a strong public education system is critical.  He also said that people don’t appreciate the educational opportunities in this city where a young person can go from pre-K to a doctorate and never leave the city.  With economic development, a big objective of the Murphy Administration is improving the city’s “curb appeal.”  The manager said “when we invite people to locate their businesses here, we want it to look nice.”  Towards that end, the city now has maintenance workers cleaning downtown seven days per week.  Murphy went on to say that he’s pleased with the number of businesses located in downtown.  He cited a bookstore-café that will soon be in the old Cherry and Webb’s space (Chantilly Place if you’ve not been here for more than a decade or two) plus the imminent opening of a Jimmy John’s Sandwich shop across the street.  He said this chain is very popular with college students which continues the theme of making downtown Lowell more of a college town. 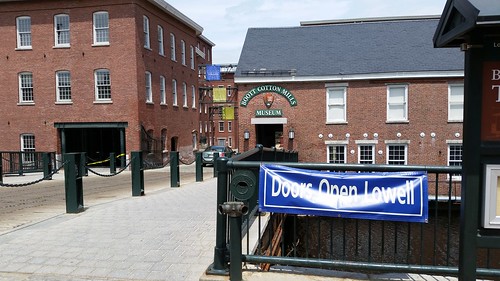 Downtown Lowell sure seemed like a college town yesterday.  Having UMass Lowell holding its graduation ceremonies in the morning and again in the afternoon at the Tsongas Center probably helped with that.  Students, their friends and families were all over downtown, especially in some of the restaurants.  There was also a good crowd roaming around wearing Doors Open Lowell stickers.  This just reinforced several things I’ve come to believe about downtown Lowell.  The first is that there is no one-size-fits-all solution.  There can’t be just one big thing going on every weekend.  When there are a bunch of things big and small going on, diverse pockets of people are drawn downtown.

That brings me to the second observation: downtown will succeed when there is a critical mass of people roaming around the sidewalks.  Having the city workers keeping the place clean helps, but if you lift your eyes off the pavement when you’re on foot, the architecture of the city is really stunning.  Every building has its own unique appearance.  Taken together, it creates a larger than life mural of urban living.  But to appreciate it, you have to get out of your car and walk around.

And that’s the third point.  All the effort being expended on making Lowell a more walkable city is well worth the effort and the time.  Those who complain about not enough parking, too many pedestrians, and any bicyclists just don’t get it.

Speaking of walking around downtown, please check out the schedule of Lowell Walks, a series of 13 walking tours of downtown Lowell that will be held on Saturday mornings this summer.  Come learn some new things about your city while getting some exercise and meeting new people.  At the end of the tours you can grab lunch and shop.  One of the places you should check out (after the tours and now) is the newly opened 1826 store on Merrimack Street next door to Bishops.  It’s a branch of the Lowell High school store and sells Lowell and Lowell High branded merchandise. 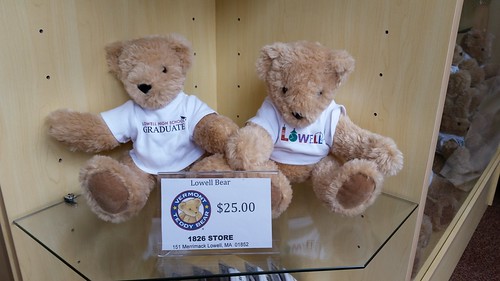 Lowell Bears for sale at the 1826 store