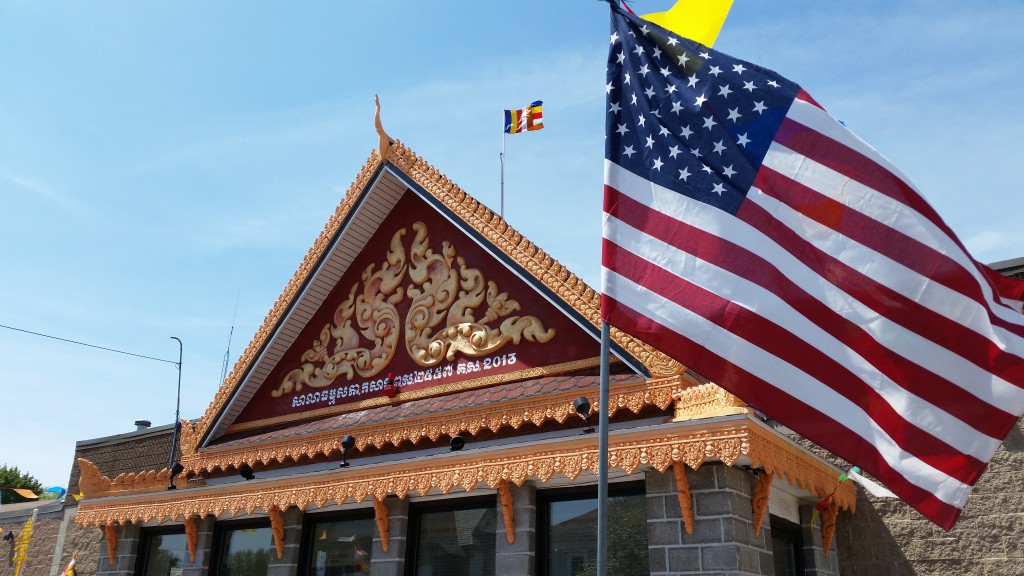 The School Committee on Friday night selected Salah Khelfaoui to be the next superintendent of the Lowell Public Schools by a four to three vote.  A search committee had narrowed the field to five candidates.  The others were current Lowell Deputy Superintendent Jay Lang, Memphis Superintendent Kriner Cash, Education consultant Anthony Pope, and Boston public school official Ferdinand Fuentes.

Khelfaoui is currently the superintendent in Winchendon, Massachusetts.  The Lowell Sun’s Amelia Pak-Harvey wrote a detailed article about his interview and the full video of his interview is available for online viewing from the LTC website.

I missed Tuesday night’s city council meeting but watched it on replay last night.  The discussion most worth repeating arose on a joint motion by Councilors Kennedy, Samaras and Leahy to have Trinity Financial submit quarterly reports on the progress being made in the Hamilton Canal District.  Here’s what was said:

Councilor Kennedy began by saying that everyone on the council is interested in seeing more progress.  Also there’s been a lack of communication between Trinity and the council and the city administration.  He is trying to improve that.  Samaras and Leahy echoed Kennedy’s remarks.  Councilor Belanger said he would support the motion out of a sense of teamwork but severely criticized Trinity for its lack of progress over the past couple of years.  He says that if Trinity cannot provide some specifics as to when development will occur, then “we should go our separate ways.”

City Manager Murphy said that Trinity was “out of contract” and that he will be meeting in the coming weeks with Jim Keefe of Trinity to discuss the future of the relationship between Trinity and the city.  He said he would have a more detailed report on that meeting in about three weeks.  He said that the city has been in discussions with others who are interested in developing particular buildings within the district, but he did say that it is important for the city to have a single master developer which is why he is meeting with Trinity.

Regarding the LRTA, the city manager said that there is still a possibility that the National Park’s visiting tour buses can be parked at the LRTA’s repair depot on Hale Street which would alleviate the need to custom build a parking garage within the Hamilton Canal site.

Aurora Erikson and Chris Hayes, the authors of the Learning Lowell blog have founded a new organization called DIY Lowell which is “a community-led initiative to create small-scale projects and events in Lowell. Community members submit, vote on, and implement ideas.”  The goal of the organization is to “empower Lowellians to make the city their own” by undertaking projects that need to get done.  DIY Lowell just launched its website and community forum yesterday, so please check it out. 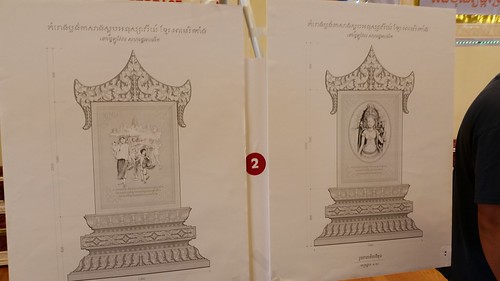 Several hundred Lowell residents stopped by the Glory Buddhist Temple on Cambridge Street yesterday to cast a vote for one of three designs for the Cambodian Monument that will reside on the grounds of Lowell City Hall in the near future.  This is part of the inclusive process being followed by the Cambodian Monument task force created by Mayor Elliott several months ago.  Each of the designs was impressive in its own right but what really struck me during my visit to the temple was the excitement and pride so much in evidence among the members of the Cambodian community who were participating in the process yesterday afternoon. 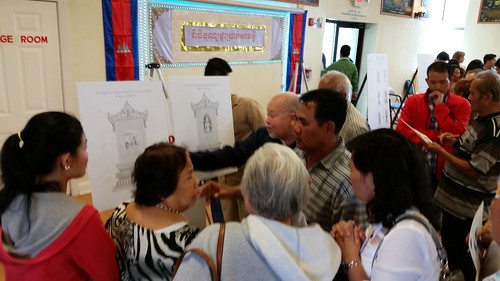 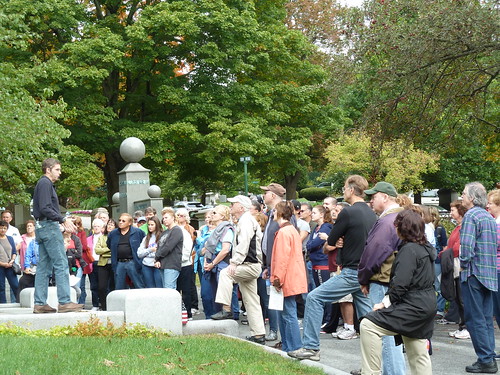 The spring tours of historic Lowell Cemetery begin this week.  All start at the Lawrence Street Gate, are free, require no advance registration and last about 90 minutes.  Here are the tour dates and times:

If you like to walk and you like Lowell history, check out a new group of walking tours of downtown Lowell that will take place on Saturday mornings this summer.  Each begins at 10 am on Saturday at the National Park Visitor Center on Market Street.  The tours are led by volunteers with expertise in the subject that is the feature of the tour.  These are free, require no advance registration and last about 90 minutes.

Besides providing an opportunity to learn more about the city’s history, we hope that these tours will increase the number of people coming into downtown on Saturday mornings.  Each of the tours will wrap up at about 11:30 am, the perfect time to do some shopping and grab lunch while still downtown.  Please review the tour topics and dates which follow and plan to attend at least a couple of them:

September 5, 2015 – Trains and Trolleys in Lowell with Chris Hayes