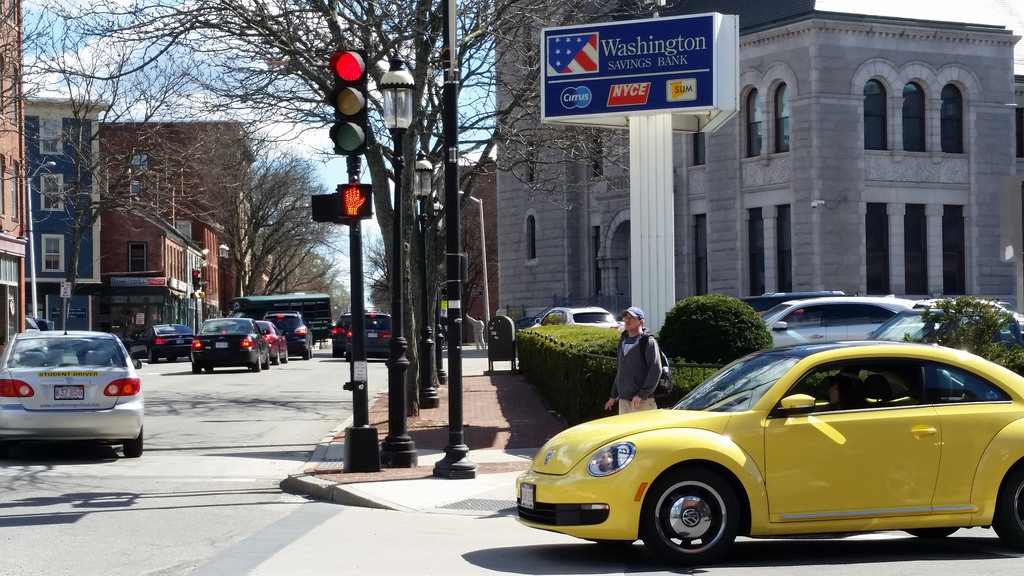 In a week filled with major national news, the big story locally was the unanimous selection of UMass Lowell Chancellor Marty Meehan to be the President of the entire University of Massachusetts system.  Anyone living in Lowell can attest that many good things have happened at UMass Lowell since Meehan took charge in 2007 and that recognition was shared far beyond Greater Lowell, a key factor in the lack of drama (and the absence of negativity) which surrounded his selection.  The only downside is that Meehan’s attention will no longer be focused exclusively on UMass Lowell.  His interest in what’s happening in the city will never wane, but the demands on his time from other places will be much greater.  Still, one of Marty’s strengths is to build a good team and the great majority of that team will remain right here in Lowell to continue all the good work that is underway.

Somewhat drowned out by all the attention understandably given to other big stories this week (Meehan’s selection, the Baltimore protests, and the Supreme Court’s hearing on same sex marriage), was a conference convened on Tuesday by Governor Charlie Baker on statewide opioid abuse.  Baker shared the news that in 2014, there were 1008 deaths statewide cause by opioid abuse, the highest annual death toll ever from that cause.  Baker emphasized that this epidemic cuts across geographic and class boundaries and affects everyone in the Commonwealth.  Middlesex County had the most deaths of any county in the state in 2014 with 212, a 37% increase from the 154 in 2013.

Talking about this epidemic at the gubernatorial level is a good sign that it is being taken seriously.  But it’s an incredibly complex problem that must be addressed at multiple levels.  Locally, it is unfortunate that Frank Singleton, Lowell’s Health Director, recently announced his intent to retire.  Singleton has been a blunt and unspoken voice advocating the difficult things that must be done to get a handle on this crisis and unless the city replaces him with someone equally as passionate in combating the problems that flow from drug addiction, any progress we have made on this front risks being lost.  The good news is that the majority of the city council has adopted a realistic view of what is needed and the quarterly reports that body receives on overdoses in the city is an important means of keeping this issue in the public eye.

The Coalition for a Better Acre convened an important meeting on the future of the Smith Baker Center.  The city of Lowell has issued a request for proposals (RFP) for the reuse of that building, formerly used as the Lowell Senior Center and before that, the First Congregational Church.  Yun-Ju Choi, the Executive Director of the CBA explained that the CBA is contemplating submitting a response to the RFP and that this meeting was an opportunity for members of the public to share their vision for the future of the space.

I wrote a blog post with more details about the meeting but mention it here again because the importance of this building not only as a part of the city’s history but also as an important link in a chain of sites that have the potential to greatly enliven downtown Lowell.

Yes, I’m talking about the Dutton Street–Thorndike Street corridor.  The links I speak of are places like the Pollard Memorial Library, the Smith Baker Center, the Gates Block/Arts League of Lowell, the National Park Visitor Center, the Whistler House, the Hamilton Canal District, the American Textile History Museum, Western Avenue Studios, the Cambodian businesses near Pailin Plaza on Middlesex Street, Mill No. 5, the South Common and the Gallagher Terminal.  With the development of the Hamilton Canal District, I see the center of gravity of downtown Lowell shifting from Kearney Square to the Thorndike/Dutton/Jackson/Fletcher intersection IF – and it’s a big IF – the city can figure out a way for people to safely walk and bike back and forth among all of these venues.

Tuesday’s city council meeting (which I watched days later streaming from LTC’s website) was only 37 minutes long so there wasn’t much to report.  One thing I found encouraging, though, was a motion by Rita Mercier seeking to improve the safety of pedestrians crossing streets in downtown Lowell.  The particular situation of concern to Councilor Mercier is the case where a pedestrian crossing a street in accordance with a white crossing signal comes into conflict with a motor vehicle on the intersecting street with a green light making a turn onto the street being crossed by the pedestrian.

With the nicer weather I’ve been out walking around downtown much more frequently and this is a huge problem but only because drivers are totally oblivious to the rights of pedestrians.  It’s one thing when a pedestrian is jaywalking, but quite another when a pedestrian is legally crossing a street but is nearly run down by a car which assumes it has the right of way to turn at an intersection.

While this situation described above is a real problem, there are two other situations I’ve repeatedly observed that present even greater peril to pedestrians.  The first is right turns at stop signs and red lights.  Next time you’re out walking around with a few minutes to spare, position yourself to the right of a stop sign or a red light and watch the cars that pull up to it.  As they approach the intersection, the drivers have their eyes locked to the left, searching for oncoming cars that would prevent them from zipping into their right turn.  They are totally oblivious to the possibility that someone on foot might be approaching from the right.  If the pedestrian did not refrain from stepping into the street – which he is legally entitled to do because at a stop sign or red light, the pedestrian absolutely has the right of way – the pedestrian would be run down by the car because the driver never even looks in that direction.

The second situation is people who text while driving.  Stand on the street near a red light and watch the people rolling to a stop.  Count how many of them are glancing back and forth from the road in front of them to the phone in their hand.  By my count it’s easily one out of ten.  It they’re doing it as they roll to a stop, they are doing it at other times while behind the wheel.  Nothing good can come of this but there’s not a lot being done to change such behavior.

At a recent council meeting Chief Bill Taylor said that the new police academy class starts sometime this month so that all the city’s new officers can be on the street by Thanksgiving.  I know the focus has been on violence prevention, but maybe some additional resources for traffic enforcement can be found, too.

Yesterday morning this year’s Public Matters class went on their Lowell neighborhood tours.  For several years, I’ve been the Highlands neighborhood tour guide.  Everyone gathers at Cavaleiro’s on Lawrence Street at 9am and then heads out, three Public Matters participants to each guide, to an assigned neighborhood on a three hour tour (conducted from the car and on foot).  Among the many places my group stopped were Cupples Square and Pailin Plaza (across from Clemente Field on Middlesex Street).  Both places are filled with Cambodian-owned businesses and both places were booming on this Saturday morning.  I’ve been to both places many times but yesterday I saw them through the eyes of my companions who were struck by the vibrancy and the authenticity of all the activity.  This wasn’t retail activity artificially manufactured in pursuit of some theoretical economic development strategy.  This was real people buying things they needed and desired from small businesses located in the midst of their neighborhoods.  There were plenty of customers coming and going in cars but there were also plenty of people and foot and the cars and the pedestrians peacefully coexisted which is as it should be.  If the city were able to clone this level of economic activity on Merrimack Street and Central Street, we could stop worrying about vacant storefronts in downtown.

Massachusetts Attorney General Maura Healey will be in Lowell this coming Friday night (May 8) as the special guest speaker at the KhmerPost USA Media & Community Gala at the Pailin Restaurant, 6 Branch Street.  The event begins at 6:30 pm and tickets are available online from MKtix.com for just $35.

In addition to Attorney General Healey, the keynote speaker at the event will be the Honorable Meng H. Lim, a Justice of the Tallapoosa County Superior Court in Georgia.  Judge Lim is the first Cambodian-American Superior Court judge in America.

The Lowell Votes group (of which I am a member) has another public meeting this coming Monday night (May 4) at 6:30 pm at the Pollard Memorial Library community room.  The meeting is open to the public.  The Lowell Votes group hopes to increase voter turnout in city elections, especially in neighborhoods and among groups that have faced barriers to voting in the past.  If you are unable to attend the meeting, please join the Lowell Votes facebook group for future news and updates.