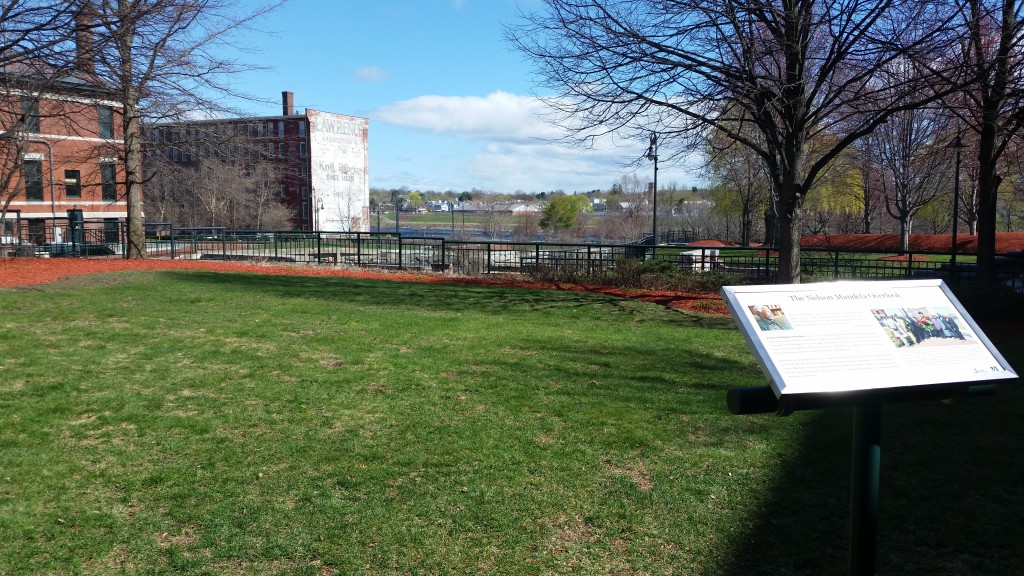 The Africa America Alliance, Inc., an organization “dedicated to the pursuit of human rights and equality for all,” held an inaugural breakfast event for its proposed Nelson Mandela Overlook yesterday at the Paul E. Tsongas Center at UMass Lowell.  According to the AAA, Lowell is a fitting site for this monument because the city is home to thousands of individuals from more than a dozen nations in Africa.  The Mandela monument will acknowledge the presence and contribution of the local African community while celebrating a global icon in the never-ending struggle for freedom and justice.

In his welcoming remarks, Mayor Rodney Elliott emphasized the strength that all the immigrant groups in Lowell bring to the city which is why the city so often celebrates the culture and heritage of each of those groups including more than a dozen from the nations of Africa.  Elliott went on to say that it is fitting to honor Nelson Mandela not only for the noble objectives he pursued but also for the poise and dignity he displayed during his long struggle to obtain those objectives.  He said that Nelson Mandela stands with other freedom fighters throughout our history.

UMass Lowell Executive Vice Chancellor Jacqueline Moloney then explained that the idea for a permanent monument honoring Nelson Mandela at UMass Lowell first arose during the time spent in Lowell by Justice Albie Sachs, a 2014 UMass Lowell Greeley Scholar for Peace and a close associate of President Mandela.  She said that UMass Lowell Athletic Director Dana Skinner recommended that the monument be placed on the grounds of the Tsongas Arena because Nelson Mandela used sports as a way to rally and unite people.  (and if you’ve never seen the movie Invictus, check out this trailer to see what he’s talking about). 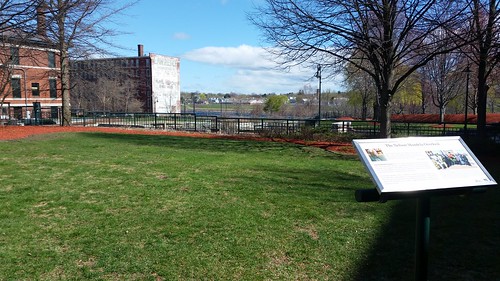 At about the same time, members of the African community in Lowell including Gordon Halm, Janice Johnson, Bowa Tucker and others, were pursuing a similar objective.  They approached officials at UMass Lowell with the idea of creating a monument to Nelson Mandela on the UMass Lowell campus, so the groups combined their efforts and were able to break ground on the Tsongas Center site with the participation of Albie Sachs who was still in Lowell at the time.

The next piece milestone of the project came when UMass Lowell Art Professor Jim Coates organized his undergraduate sculpture class around a competition to design the Lowell Mandela Monument.  Three student teams engaged in extensive research of the concepts and objectives of public art and came up with excellent designs. 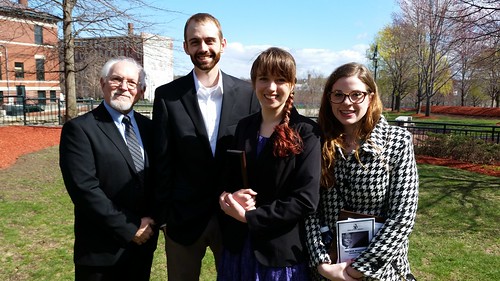 The winning proposal was submitted by the team of Erin Cahill, Rebecca Dolan and Josh Rondeau.  Here is how they describe their design:

The team’s design for the Nelson Mandela Overlook focuses on symbolic elements that represent Nelson Mandela, his cause and beliefs, and South Africa. The memorial site is located along the Western Canal on the Tsongas Center at UMass Lowell.

The proposal includes a two-tier granite circular base that will function both as a seating element and as a support for the proposed sculptural form. At the center of the granite base will be a globe-like structure. This globe-like form symbolically suggests that racism and oppression are global issues. The globe will be an open negative form created by bent iron bars to reference the time Mandela spent in prison. A springbok, the national animal of South Africa, as well as the name of their rugby team will support the globe-like structure. It is important to draw a relationship to South Africa and sports because it was Mandela’s belief that sports could bring his country together. The presence of the proposed memorial on the western side of the Tsongas Center sports facility and its location in the city of Lowell reinforces the universal nature of Mandela’s philosophy. On the base/seating element that supports the sculpture will be a quote from Mandela stating, “Sport has the power to change the world. It has the power to inspire. It has the power to unite people in a way that little else does. Sport can awaken hope where there was previously only despair.”

To further acknowledge the relationship between Mandela and Lowell the proposal includes an inlayed, paved star pattern referencing the quilt given to Mandela’s wife by the Tsongas group. The star inlay will be fabricated in red brick and grey granite, reflecting the colors, textures, and materials of the Tsongas Center property and surrounding historical mill buildings. 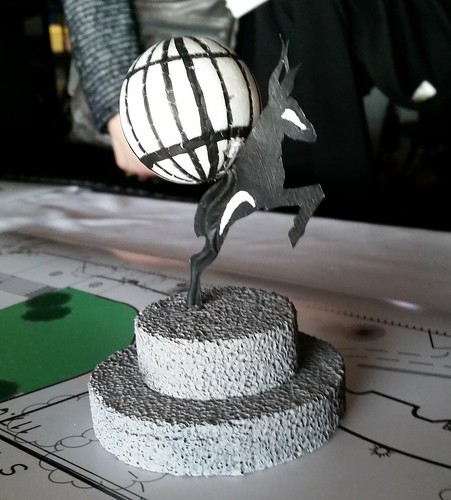 So congratulations to all involved in this effort.  The design is great, the location is great, and the concept is great.  If you’d like to support the creation of the Mandela Overlook, please consider making a donation to the Africa America Alliance. 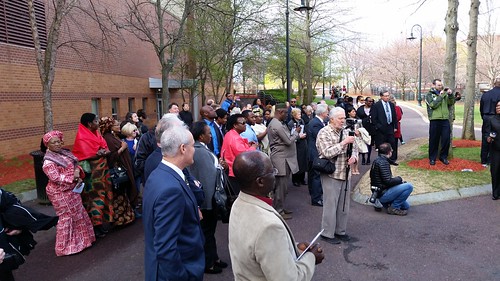 Portion of the crowd at the Mandela Overlook event