A New High School for Lowell?

The Lowell Public Schools deserve some attention this Sunday.   This coming Wednesday at 10 am, the Massachusetts School Building Authority will formally invite the city of Lowell to something called the “MSBA’s Eligibility Period.”

According to the MSBA’s website, being invited to the Eligibility Period does a number of things:

The Eligibility Period assists the MSBA with managing its financial resources by identifying early in the process whether a District is ready to manage and fund a capital project.  It will help to determine a District’s financial and community readiness to enter the capital pipeline. It will also assist Districts locally by providing a definitive schedule and identifying needs for planning and budgeting.

A vote of the MSBA Board of Directors to invite a District into the Eligibility Period is based on a review of the District’s Statement of Interest (“SOI”) and staff due diligence and recommendation.  The vote initiates a 270-day period for the District to complete certain preliminary requirements that include: 1) a certification of the District’s understanding of the grant program rules by executing an Initial Compliance Certification; 2) forming a School Building Committee and submitting the membership to the MSBA for acceptance; 3) completing an Educational Profile Questionnaire to further inform the MSBA’s understanding of the District’s current and proposed educational facilities, teaching methodology, grade configurations and program offerings; 4) a summary of the District’s existing maintenance practices; 5) certification of a design enrollment for the proposed project agreed upon with the MSBA (may not be applicable for Repair Assessments depending on the proposed scope of work); 6) confirmation of community authorization and funding to proceed (see MSBA Vote Requirements); and, 7) execution of the MSBA’s standard Feasibility Study Agreement, which establishes a process for the District to be reimbursed for eligible expenses.

There shouldn’t be much drama on Wednesday since the MSBA’s meeting notice expressly states that Lowell along with Everett and Easthampton will be invited to the Eligibility Period.  The drama will arise at whatever council meeting after that City Manager Murphy brings forward the loan order to pay for the feasibility study for a new Lowell High School.  That will be the first instance when councilors will have to commit city funds to this project (that being for the feasibility study).

This past Friday was the deadline to submit an application for the position of Superintendent of the Lowell Public Schools.  Here is the timeline that’s published on the school department’s website.  “MASC” is the Massachusetts Association of School Committees which the Lowell School Committee enlisted to assist with this process.

I also found an undated press release from the School Committee inviting parents (3) of children in the Lowell Public Schools and other Lowell residents (2) to apply to be members of a 13-person screening committee which will reduce the up to ten semi-finalists down to five finalists.  The deadline for applying has already past and the members of the committee were to have been chosen last Wednesday. 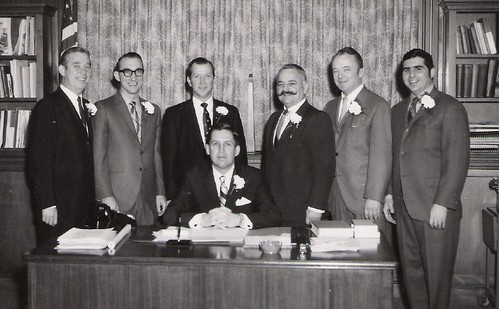 Local political interest often focuses on city council elections, but all six seats on the Lowell School Committee will also be on the ballot this November and four challengers have already announced their candidacies.  They are Robert Hoey, who served a term on the school committee back in the mid 1990s; Robert Gignac, who was elected to the school committee in 2011 but lost his re-election effort in 2013; Andy Descoteaux who will be retiring as a music teacher at Lowell High this year; and Christopher Roux, the parent of three children in the Lowell Public Schools.

One of the six school committee incumbents, Dave Conway, has already announced his candidacy for the City Council.  Presumably the other five committee members, Connie Martin, Connie Martin, Kristen Ross-Sitcawich, Kim Scott and Steve Gendron, will all seek reelection.

An interesting fact about recent school committee elections is that at least one incumbent has lost in each of the last four elections.

So history suggests that incumbency is no guarantee of reelection to the school committee.  Except for Dennis Canney, every new comer who has run for school committee since 2007 has won a seat.  That may be a function of a scarcity of candidates, but it’s an interesting fact nonetheless.

The flock of challengers signing up for the school committee race is a contrast to the city council campaign where just Dave Conway and former councilor Joe Mendonca have made clear their plans to join the council race.  Since none of the nine incumbents has announced an intention NOT to run, I will assume they will all seek reelection.  While there is still plenty of time to organize a council campaign, I’ve always felt that if you are running, you should have things underway by St. Patrick’s Day or shortly thereafter.  If you talk to most candidates, the commodity they find must elusive in a campaign is time, so it’s never too early to start.

Phil Shea to LRTA Board 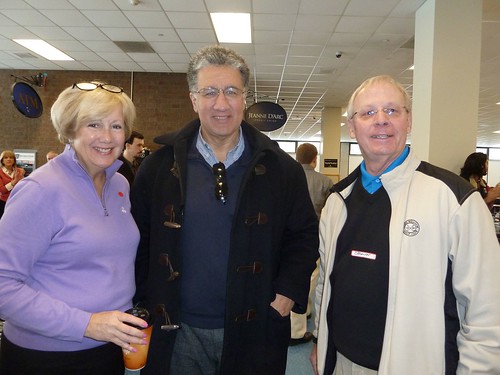 Congratulations to former State Senator Phil Shea on his appointment as Lowell’s representative to the Lowell Regional Transit Authority Board.  Phil was first elected to public office in 1969 when he and other new comers Paul Tsongas, Brendan Fleming, John Mahoney and Leo Farley joined reelected incumbents Richard Howe Sr., Ellen Sampson, Sam Pollard and Armand LeMay on the Lowell City Council.  As Phil sometimes reminds me, the first vote he cast on the Lowell City Council was for my dad for mayor (for which I’ve long been appreciative).

I got to know Phil professionally back in 1997 when Middlesex County was abolished as a governmental entity.  With county government gone, the Middlesex North Registry of Deeds shifted over to state government as a division of Secretary of State Bill Galvin’s office.  The budget director for the Secretary of State’s office back then was none other than Phil Shea.  Transitioning a structure of county government to state government was a tricky maneuver that Phil made easy.  The real test came just a couple of years later as Y2K loomed.  People today forget the challenges we faced back then with outdated computer systems (our Wang system only used six digits for dates which meant that without remediation it would have treated January 1, 2000 as January 1, 1900).  The state made plenty of money available and under Phil’s guidance, we spent it wisely and not only made the needed upgrades on time, but also catapulted the registry of deeds into a new era of technology the benefits of which we continue to benefit from today.  So I consider Phil Shea’s appointment to the LRTA an excellent move by City Manager Kevin Murphy.

This appointment comes at an important time for the LRTA.  Cultural and societal shifts in the coming decade will broaden the pool of people who use public transportation.  In fact, increasing ridership on the LRTA is critical to easing some of the congestion in the city, especially at our river crossings.  The largest private employer in the city, Lowell General Hospital, faces huge challenges to its staff, patients and visitors because of the choke points formed by the Merrimack River bridges.  Same for one of the biggest, if not the biggest, public employer in the city – Umass Lowell, with its various campuses separated by the Merrimack.   And one of the largest commercial sites in the city – Cross River Center at 1001 Pawtucket Blvd (the former Wang manufacturing plant up beyond the water treatment plant) has 836,000 square feet available, more than all three Cross Point towers combined.  But how is a business expected to locate there when its employees have a lengthy commute once they get inside Lowell’s boundaries?  Building more bridges or wider bridges isn’t the answer.  Wasn’t “widening Route 3” supposed to solve our commuting nightmares?  To me, all that project did was give us three lanes of bumper to bumper traffic at rush hour instead of the two we formerly had.  I think the same would be true with our bridges, especially the Rourke.  That’s why shifting more people to walking, biking and using public transit make abundance sense as a strategy for dealing with vehicular congestion in the city.  Speaking of transportation, if you haven’t already done so, be sure to read my blog post from earlier this week about the Northern Middlesex Council of Government’s Regional Transportation Plan and take NMCOG’s related survey while you’re at it.