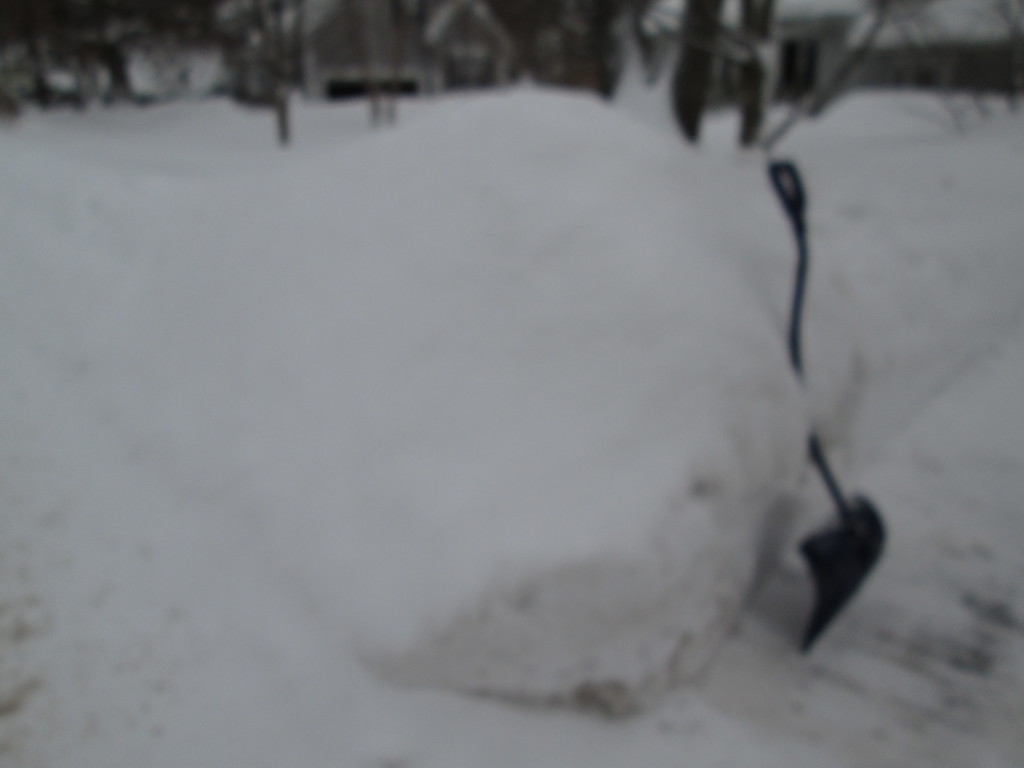 Well March is finally here.  I saw somewhere that March 1st signals the start of “meteorological spring” but today’s forecast is for more snow which will just add to the beauty of the 111+ inches that have already fallen this winter. 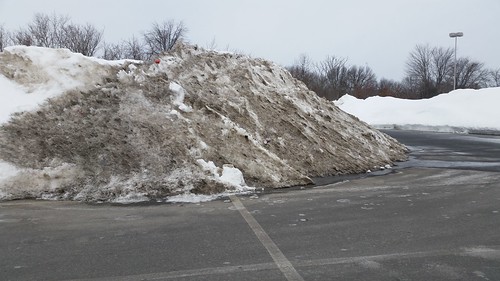 The City Council, at its Tuesday meeting, discussed snow removal costs.  The price tag for Lowell will probably be $4mil by tomorrow noontime, so councilors are rightly concerned about where that money will come from since that’s an amount far in excess of anything contemplated by city budget writers.  Although there’s hope for state and federal reimbursement for that, the city will still be responsible for a big chunk which will put added pressure on the coming year’s budget.

I missed seeing the council meeting live and only watched it and did a post about it yesterday morning.  I skipped over the gun rights presentations which took up most of the meeting.  During the rest of the meeting, besides the snow removal cost discussion, there were several things worth noting.  The council voted unanimously to raise through the bonding process the $6mil needed to repair the Leo Roy and Lower Locks Parking Garages.  Finally, the council formally abolished the reserve fund known as the Chapter 17 fund.  The city was required to create this fund back in the early 1990s when it nearly went into receivership.  A state control board did exercise oversight of city finances and one of the requirements of that was the Ch 17 fund.  Much of the money in that fund had been used this past year to meet the city’s obligations under the state’s net school spending formula, but the state has since certified that the city has met it obligations.  Tuesday, the council transferred the balance of the Ch. 17 fund into the city’s contingency fund.

The reason I was late watching the full City Council meeting was because I attended the City Council’s Traffic Subcommittee meeting on Tuesday night right before the regular council meeting.  I wrote a separate blog post about the subcommittee meeting which was entirely about the Lord Overpass renovation plan.  (If you haven’t done so already, be sure to read the 150 Year History of the Lord Overpass and vicinity by Chris on Learning Lowell).

During the subcommittee meeting, one comment by the engineering firm doing the project that I found intriguing came during the discussion about the extension of Jackson St.  The engineers said that would get started as soon as the snow melted to provide access to the judicial center construction site.  Does that mean commencement of work on the judicial center is imminent or is this just an example of one part of a bigger plan (the Hamilton Canal District) proceeding independent of another (the judicial center).  Although the Jackson St extension paving work will commence soon, it won’t break through to Dutton Street until the rest of the project is done several years from now.

Most of the citizens who spoke at the subcommittee meeting, me included, talked about making the entire area more pedestrian friendly.  The engineers and councilors said all the right things – they want public input and do want to make it safe for walking – but I fear everyone is not talking about the same thing.  For example, it seems the main crossing point for Dutton St in this vicinity will be a new crosswalk that spans Dutton at its intersection with Fletcher and Jackson.  Maybe that crosswalk will get someone on foot safely across Dutton, but it’s not what I consider “pedestrian-friendly.”

Pedestrian-friendly is more about the feel of a place than traffic signals.  Do you feel comfortable walking there?   Are there interesting things to see along the way?  Are there crowds or at least a steady flow of other walkers or are you isolated?  And perhaps, most importantly, do drivers pay attention to pedestrians and respect their rights? 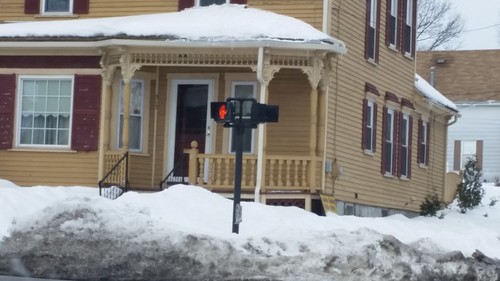 I got a close-up view of this last item on Friday at lunch time when I walked from the Superior Courthouse down to Middlesex Street.  As I walked down Gorham and reached Appleton, the cars on Appleton had a green light so I waited on the curb for the orange don’t cross light to change to the white go-ahead-and-cross light to come on.  Opposite me on the other side of Appleton St (right next to the Juvenile Court) were two women, one in a wheelchair, both waiting to cross.  The green light on Appleton turned red and the traffic stopped.  The white pedestrian crossing light came on.  I and the women opposite me both moved off our respective curbs.  However, the woman in the wheel chair and her companion had to stop abruptly.  A car coming up Gorham from downtown was taking a right onto Appleton at the Juvenile Court so as to head towards the Lord Overpass.  This car not only did not yield to the pedestrian in the wheel chair who had the crossing signal, he sounded his horn, yelled at her and sped off on his way.

That episode epitomized a pedestrian unfriendly city.  There’s no magic solution to change it.  Crossing signals might be part of the solution, but only a small part.  More people have to start walking – there is strength in numbers – and we have to do things to create an awareness in drivers of walkers and bikers and their rights under the law.

Friday the deed transferring the J.J. Boomers parcel on Pawtucket Boulevard at Old Ferry Road to Market Basket for $1.3mil was recorded.  I’ve been told that Boomers will remain in operation as a new Market Basket is constructed on the site.  I assume once that opens, the older Market Basket at the Wood Street Plaza on the other side of the Rourke Bridge will close.

For all you condominium owners who suffered water damage to your units from melting snow this winter, I wrote a post on the Lowell Deeds blog on how to find your condo docs on the registry of deeds website.  We received several calls from unit owners asking about this – insurers are requiring the docs to assess property damage claims – so I provided some instructions on how to find them online.