The following is from Mary-Jo Griffin, the Director of Community Affairs at Middlesex Community College.

In case you are wondering where all the students are going to and from as they scurry across Merrimack Street, or Central Street or even John street, I thought I would offer a few upcoming posts dedicated to getting you acquainted with the Middlesex Community College downtown footprint. 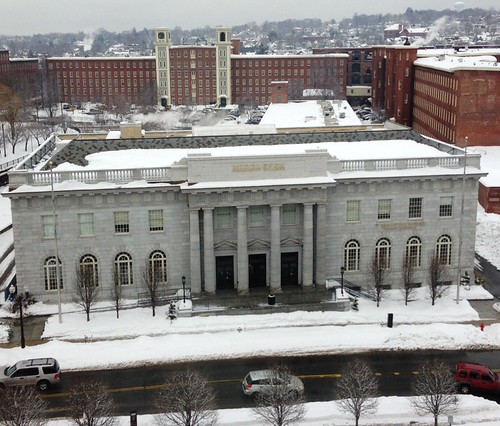 Because I have the pleasure of looking out my office window at what I think is the most beautiful of the MCC Lowell buildings, I thought I would start with what is known as the Federal Building. Many of us remember it as a United States Post Office and if you walk into the lobby, the service windows that were carved into the marble still exist. It dates back to 1932 when it was opened as a Post Office through the efforts of Congresswoman Edith Nourse Rogers who sponsored a new federal building to be built in the City of Lowell. 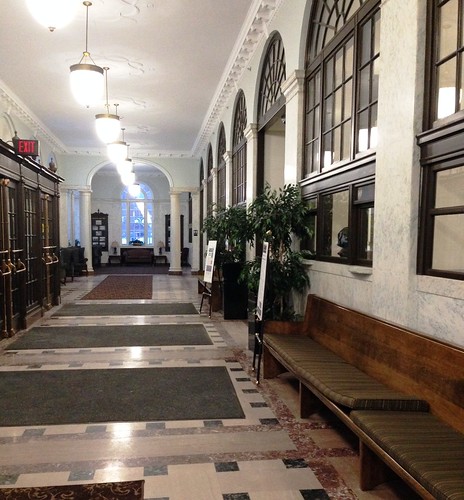 Prior to the building being constructed, records from the early 1800’s indicate that the land held a “homestead”. Later, two brick rows of tenements housed the workers from the Massachusetts Cotton Mills that abutted the land. The row houses were later demolished to make room for the expansion of the Massachusetts Mills.

The federal government paid $120,000 for the land in 1929, which was quite a lot of money in that era. Construction took place from 1930-1932 and on January 25, 1932, the doors opened to a new US Post Office. I vaguely remember going into the majestic foyer with my grandmother as she dropped off her mail or purchased stamps. The post office operated until 1969 after which the building housed several federal offices including the Veterans Administration outpatient clinic, the FBI, the IRS and even the Freshman Congressman Paul Tsongas, who opened his first district office there.

By 1993 the building was vacated and declared surplus. The General Services Administration appraised its value at $750,000 and there it stood empty, yet still splendid with its grand front staircase and marble pillars, until in 1995, the GSA determined that it would be reassessed and used to provide educational organizations the opportunity to acquire federal properties pursuant to the “public benefit allowance” program.  Middlesex’s application was approved with the support and efforts of Senator John Kerry and Congressman Marty Meehan.

After considerable renovation and restoration, the doors opened to the Middlesex Community College Federal Building in 2004 which became home to the Lowell Campus Library. The second floor is dedicated to classrooms while the third floor has several offices and a large conference room known as the “Court Room”, which is believed to have been an actual court room that held hearings during the tenancy of the FBI, IRS and Veterans Administration. In 2006 the building was named for F. Bradford Morse, the former 5th District Congressman.  The Assembly Room is named for Edwin Poitras, a young sailor from Lowell who parachuted into Normandy in the months before the D-Day invasion to work with the French Resistance as a member of the OSS (the predecessor of today’s CIA).  Poitras was awarded the Navy Cross for his heroism.  After the war he returned to Lowell where he lived until his passing in 2006. 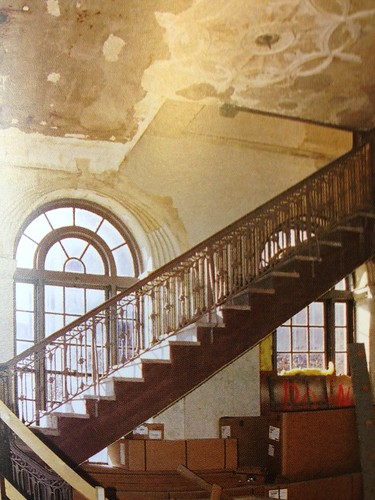 The first floor still boasts the high splendid ceilings and marble floors and staircase leading to the second floor. The library extends to the bottom floor with many computer stations and conference rooms. One of the class rooms is fondly named after Lowell’s Jack Kerouac. There are several conference rooms available to host small meetings as well as an “Assembly Room” for larger presentations. All of these rooms can be reserved for community meetings and events.  But because it is home to our library, students, faculty and staff can be seen dashing to and from this beautiful building from early morning to late into the evening. 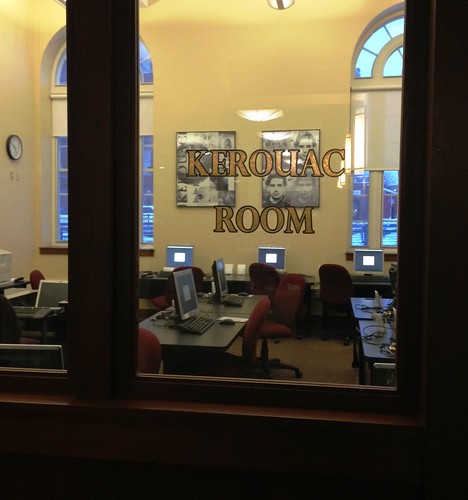 So if it’s been a while, or if you have never been, I encourage you to take a stroll into the MCC Federal Building and admire the stately facade of a time gone by.  The marble architecture is that of a richer more splendid era when hand crafted detail was customary.  Take in the magnificence of the regal construction as it mergers with the modern necessities in today’s educational institutions. They don’t build them like this anymore! 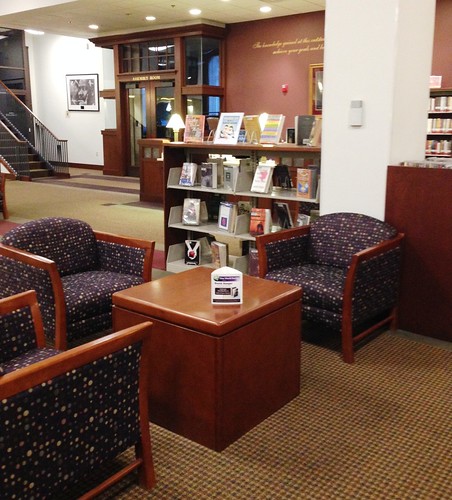 Historic information was provided by Patrick Cook from the Middlesex Community College Celebrating a Forty Year Legacy of Learning”, 2011