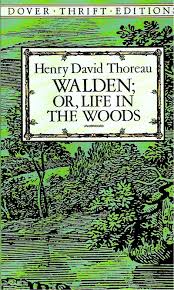 One Response to Henry David Thoreau’s “Walden” was published on August 9, 1852