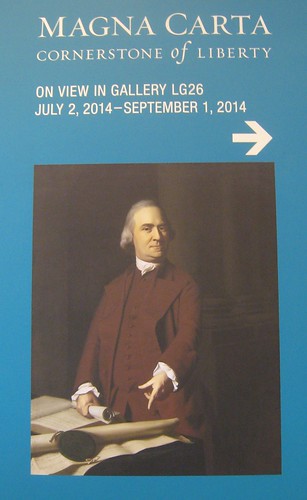 In the year 1215 a bunch of English nobles staged a tax revolt against the king and threatened his overthrow. Attempting to buy time, the king agreed to sign a petition they composed that set out their rights and privileges in relation to the monarchy. As soon as the crisis passed, the king renounced the document and England soon plunged into civil war. Through the passage of time, however, political theorists in the Western World have embraced this petition, called the Magna Carta, as one of the foundational documents of our democratic system of government.

Although multiple original copies of the Magna Carta were created 800 years ago, only four survive. One of them is on display at Boston’s Museum of Fine Arts until September 1, 2014. The property of the Lincoln Cathedral in Lincolnshire, England, this Magna Carta is part of a temporary exhibit at the MFA that highlights the influence of the Magna Carta on America’s founders. Other items in the exhibit include paintings, marble busts and documents on loan from the Massachusetts Historical Society including copies of the Declaration of Independence hand-written by Thomas Jefferson and John Adams.

The MFA is a quick trip from Lowell, either by car or public transportation. If you are all interested in history or government you should really find the time before the end of the summer to get down there and view the exhibit. The document itself is in fine shape with almost microscopic-sized hand-written text still legible (if you understand Latin) with the original folds in the paper still visible. To help preserve the documents, no photography is allowed inside the exhibit room. 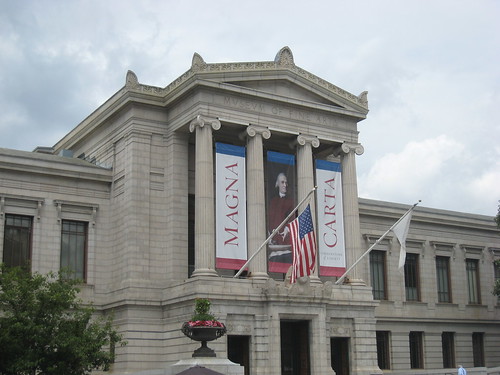