Nearly 300 people gathered last night at a community celebration of Asian American and Pacific Islander Heritage Month sponsored by the Khmer Post USA, the Lowell-based Cambodian language newspaper that has circulation throughout New England and the mid-Atlantic states. Held at the Hong Kong Restaurant at 308 Westford Street in the heart of Cupples Square, the keynote speaker was the Honorable Sichan Siv, the former United States Ambassador to the United Nations and the author of Golden Bones, an account of his captivity and escape from the Killing Fields to a new life in the United States that took him to the White House and the United Nations.

Ambassador Siv began his remarks by describing last night’s event and AAPI Heritage Month as a “celebration of America” in which we all come from many into one but also that our greatest strength as a country is our ability to maintain our heritage. He next gave an autobiographical account of his life. His father died when he was young but his mother made sure he attended the top school in Cambodia. In 1969, Siv became a flight attendant which permitted him to travel around the world. In China, he saw the horrors of the Cultural Revolution but never imagined that in just a few years the same violence and brutality would consume Cambodia. That happened in 1975 when the United States was powerless to intervene in Southeast Asia as the Communists took control of Vietnam and Cambodia. Soon the Khmer Rouge seized power in Cambodia and sought to eradicate all connections to modernity and the west which put anyone with education in peril. Siv’s mother persuaded him to flee. He did so on a bicycle with minimal provisions. After three weeks of cycling as he neared the Thai border, he was captured, almost executed, but sentenced to a labor camp. He finally escaped and made a harrowing journey into Thailand. There, it was incarceration in a refugee camp until he was permitted to go to the United States where he ended up in Connecticut. He worked in a series of entry level jobs – Friendly’s Ice Cream, New York City cabdriver – but eventually won acceptance to Columbia University where he obtained a Masters in Public Policy. Connections made there led him to the Reagen White House and a series of high level jobs in the American government under both Bush Administrations. Ambassador Siv closed by saying he was pleased to hear that Cambodian-Americans in Lowell are becoming involved in the political life of the community and ended with the advice to “be well, be wise, be worthy, be flexible, and always be able to adapt to difficult circumstances.” 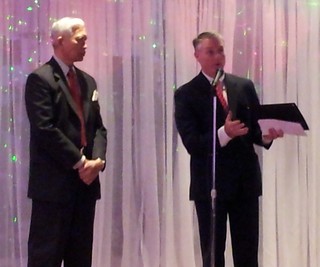 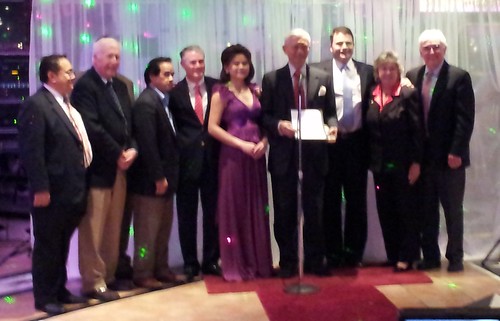 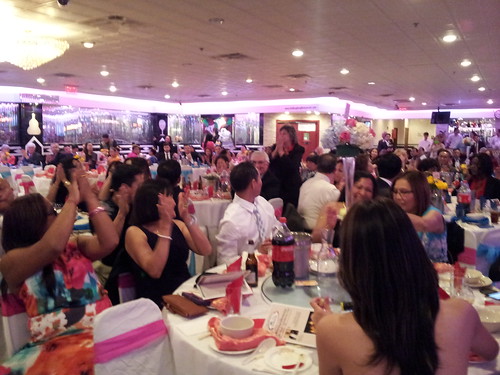