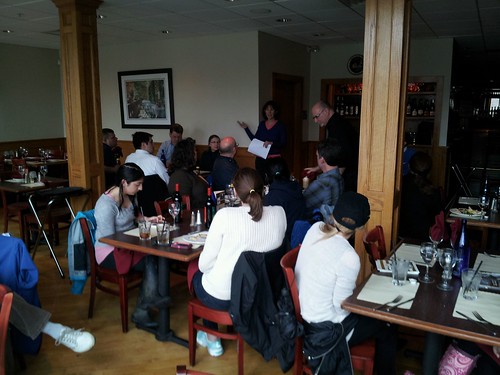 This morning I spent several hours giving a driving tour of the Highlands to a couple of students in the Public Matters program. Public Matters is a “leadership and civic engagement initiative of The Lowell Plan conducted in partnership with Lowell National Historical Park. The mission of Public Matters is to foster and enhance the knowledge and skills of leaders in Lowell, Mass.” On a spring Saturday each year, the entire Public Matters class and a half dozen or so neighborhood-knowledgeable volunteers meet at Cavaleiro’s Restaurant on Lawrence Street and head out to get a sense of the city’s neighborhoods from their tour guides. Several hours later everyone returns to Cavaleiro’s for a debriefing and lunch.

I’ve lived in Lowell pretty much my whole life although my first 18 years were spent plotting my escape from the city which, in the 1960s and 1970s, didn’t seem to offer much of a future. I left in 1976 and after four years in college and four years in the army decided that Lowell might not be such a bad place to live after all. It helped that in my absence Lowell’s renaissance began. I’ve never left.

Through all that time in Lowell, I’ve lived in six different houses. All were in the Highlands and all were within a mile of each other. The same is true of my parents. My research of settlement patterns in the city in the decades after the Civil War show much the same thing. People settled into a neighborhood and even if they changed addresses frequently, they tended to stay in the same neighborhood. In many ways, each neighborhood in Lowell was a self-contained entity. Each had its own school, its own church, its own park, and its own business district.

It was this last thing – the neighborhood business district – that got me thinking today as we wandered through Cupples Square. When I was a kid growing up at 505 Wilder Street right next to the Morey School, I would often walk to Cupples Square for many reasons – getting a haircut at Mahoney’s Barber Shop, depositing birthday money at the Lowell Institution for Savings, or buying a loaf of bread at the Yum Yum Shop bakery. Scrutinizing Cupples Square today, it occurred to me that the language on the signs may be different, but the stores serve the same function, a critical one to those who live in the neighborhood.

That led me to ask myself why our city government largely ignores these neighborhood business districts devoting its attention almost exclusively to the downtown. Certainly downtown businesses are important to economic activity in the city, but so are neighborhood businesses. I’d even venture to say that in terms of overall volume of sales, customers served, and tax revenue produced – particularly meals tax revenue – the amount produced by businesses outside of downtown greatly exceed that produced by businesses within the downtown. Yet the attention paid and effort expended by city government on businesses is exactly the reverse. That seems both unwise and unfair.

2 Responses to The Importance of Neighborhood Businesses