The Greater Lowell Area Democrats held their monthly meeting at the Chelmsford Radisson yesterday morning and heard from a number of candidates who will be on the ballot for the September 9, 2014 Democratic primary. Here’s who was there and what they had to say: 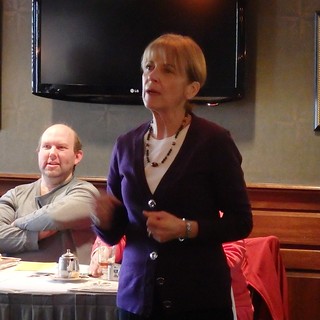 Martha Coakley, candidate for Governor and current Attorney General, said “we have to be prosperous and fair,” a message she repeated several times during her remarks. She acknowledged that the state is still struggling to get back to where it was before the recession, but she our best opportunity to provide everyone with an opportunity to prosper is by providing the best education possible at every level, from pre-K through college. Coakley said the greatest economic asset of the Commonwealth is our skilled an educated workforce and we have to continue to strengthen that through improved education. She said she was proud of what she’s done as Attorney General in holding big banks accountable for their shoddy practices during the foreclosure crisis and in challenging the Defense of Marriage Act nationally (it was in a case brought by Coakley’s office that the US Supreme Court held DOMA unconstitutional). Finally, she stressed the importance of improving behavioral health and mental health treatment. Obtaining care for those types of conditions should be as available and as good as treatment for diabetes and heart disease. 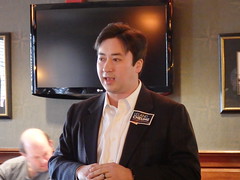 Leland Cheung, candidate for Lt Governor and current Cambridge City Councilor, explained that he is the son of Chinese immigrants and that his family frequently visited China. The experience of his parents and his own exposure to China has made him appreciate the freedoms we have in America even more. Cheung earned degrees from Stanford, Harvard and MIT and became a venture capitalist, but he said the lessons of his youth drove him to get involved in public service so he ran for and was elected to the Cambridge city council. There, he’s been a bridge builder who seeks common solutions to problem. He said his experience as a local elected official is unique among the candidates for Lieutenant Governor; the state, he says, faces the same challenges as does Cambridge. He said our goal should be to make the innovation economy work for everyone, not just the venture capitalists. 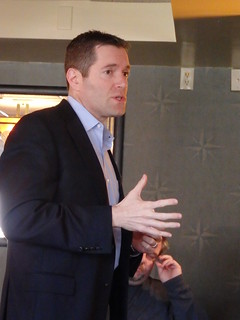 Barry Finegold, candidate for Treasurer and current State Senator, explained that he grew up in a middle class family, that he worked multiple jobs to pay his way through college and law school and that while he was originally attracted to Washington and national politics, a mentor convinced him that the place to make a difference in people’s lives is at the local level. Barry returned to his hometown of Andover, was elected selectman, then state representative, and then state senator. One of the issues he’s vigorously promoted is financial literacy for students and for all citizens. He said greater financial literacy would have reduced the impact of the foreclosure crisis and will reduce the problems faced as our aging population reaches retirement age. As Treasurer, he would ensure that our pension funds reflect our values so he would divest from fossil fuel investments yet he wouldn’t act restlessly because he understands the importance of a financially secure pension system. He also promised to have a state lottery that “works for and not against people.” 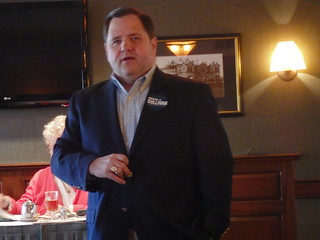 Michael Sullivan, candidate for Middlesex District Attorney and current Middlesex Clerk of Courts, explained that his first job in the DA’s office was in Lowell. Here, he saw the affect a DA can have on crime and the community because “we’re not going to jail our way out of our problems.” He stressed that if he wins the race, the DA’s office will be transparent, accountable and will make better use of available resources.
Other candidates who spent a few minutes introducing themselves to the 50 or so people in attendance today were: 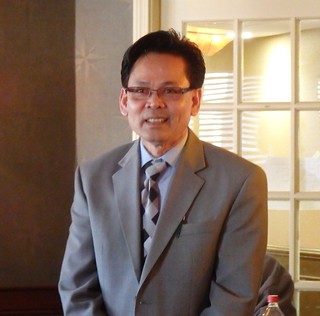 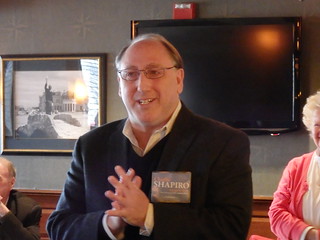 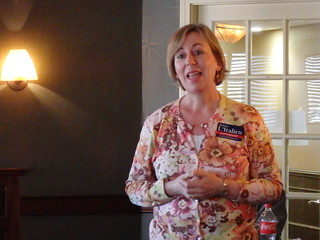