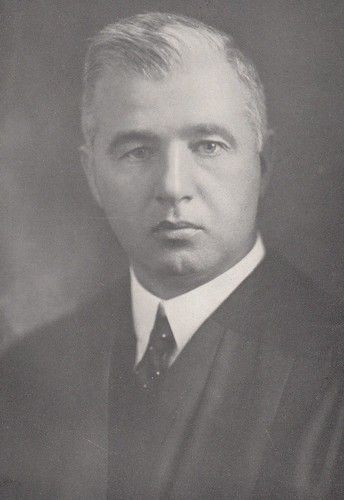 John C. Leggatt was the longest serving probate court judge in Massachusetts’ history. He was born in Lowell in 1883. His father was a machinist and the family lived at 244 Broadway. John graduated from Lowell High and Boston University School of Law and had a very busy probate practice here in Lowell. He also served two terms on the Lowell School committee. When America became involved in World War One, John was commissioned as an officer in the 26th Yankee Division. He saw considerable action in France and rose to the rank of captain by the end of the war. In 1919 when he was just 36 years old, John Leggatt was appointed to the Probate Court by Governor Calvin Coolidge. Leggatt served in that office for 48 years, retiring in 1967 at age 84. A newspaper article at the time of his retirement said that other than his white hair he looked as spry and as active as he had when he returned from the war. He and his family lived at 25 Fairview Street throughout his time on the court. He died in 1974 at age 91. Judge Leggatt’s son, John E. Leggatt, was also an attorney in Lowell for many decades. He passed away in 2004.

One Response to Lowell and the Law: John C. Leggatt