It was Irish Cultural Week 2014 in Lowell. As the family prepared for his wake and funeral Paul Sheehy’s voice was heard at The Acre Forum as he recalled growing up in his beloved Acre. As St. Patrick’s Church filled with hundreds of family, friends, colleagues and admirers to mourn, celebrate and remember Paul Sheehy, a group was being led through the Acre to learn about and experience the Acre of his birth, his baptism, his education, his nature and nurture. As the Mass ended Fr. Dan Crahen, OMI invited three people to the altar to offer words about Paul Sheehy – Marty Meehan (an admirer, a former colleague, former 5th District Congressman and now Chancellor of UMass Lowell), Attorney Victor Forsley (Paul’s longtime friend, fellow Lowell State/ Suffolk Law alum) and Paul’s daughter and youngest child Elizabeth Sheehy. Marty has allowed us to post his Remembrance. 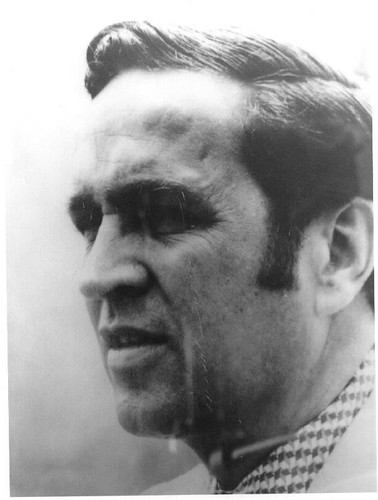 Paul J. Sheehy was born in the Acre section of Lowell on November 1, 1934. He was the youngest of seven children. The Sheehys were everything Irish, Catholic and St. Patrick’s Parish.

I always marveled at how tough and strong Paul could be in dealing with adversity. It’s a trait he had to learn early. His father Joe Sheehy, a Lowell firefighter, was killed in the line of duty, when Paul was only nine years old. His mother Mary was left to raise her family on her own.

After graduating from St. Patrick’s and Keith Academy, Paul earned his bachelor’s degree in education from Lowell State College, where he was a standout baseball and basketball player. Paul began teaching in the Lowell public schools while attending Suffolk University Law School, where he earned his Juris Doctorate in 1964.

Paul set his sights on making a difference in public service, running for state representative later that year.  And, Paul didn’t pick an easy race either. In those days, two representatives were elected per district. Paul ran against two popular incumbents, Connie Kiernan and Archie Kenifick.  But  Paul’s brothers and sisters and their huge group of friends and family had become a true force in the city. Some peole at the time thought that Connie Kiernan was vulnerable, but when  Paul topped the ticket it was Archie Kenifick who was left out.

Paul rose quickly in the House, forging relationships, earning a seat on the powerful Ways and Means Committee and the Vice Chairmanship of the Education Committee. And it was in the House where Paul began his lifelong commitment to provide a high quality public education for anyone who was willing to work at it, regardless of race, gender or economic status. He wrote the legislation creating Middlesex Community College in Bedford. He wrote a law establishing the Greater Lowell Regional Technical High School. He wrote legislation and was the chief architect of the merger of Lowell State and Lowell Tech.  And, make no mistake about it, we would not have a world class public research university in Lowell without Paul J. Sheehy. The doctoral program in education at UMass Lowell that has produced some of the finest educators in the state was advocated for and funded as a result of Paul Sheehy’s efforts.

Paul left the legislature to run for Congress in 1972. It was the most hotly contested Congressional race in the country that year, and Paul finished second in a crowded field of nine candidates. Paul finished far ahead of five other Lowell candidates in the race, establishing himself as a political force in Lowell for years to come.

Paul served as Lowell City Manager in 1974 and 1975 and served on the congressional staffs  of Congressman Joe Early of Worcester and Congressman Jim Shannon of Lawrence. In 1984, Paul was elected to the Massachusetts State Senate where he continued his advocacy for public education, delivering funding for the construction of 14 new public schools in Lowell and proposing and securing funding for a permanent Middlesex Community College in downtown Lowell. I remember being thrilled but stunned when Paul got Middlesex Community College to downtown Lowell. I asked him how he did it.  He explained that Frank Keefe, the planning director in Lowell when he was City Manager, was now the Governor’s top secretary, A&F, and that he set up a meeting and went to see him—and those of you who know Paul, well, let’s just say he could be persuasive.  If we had an audio recording of that meeting it probably went something like this…  (Note: Marty in his own way then did his best Paul Sheehy voice and recreated the conversation—it was warm, funny and right on! Lots of laughs from those in the Church, especially from Paul’s family.)

Lowell has had a lot of great legislators over the years, and I was having lunch with one of them last week, Steve Panagiotakos. Steve made the point that Paul Sheehy arguably did more for Lowell as a legislator than anyone who ever served. What would Lowell be like without the University and the Community College? Hundreds of people who never knew who Paul Sheehy was went to college, succeeded, and have a better life because of his commitment to public education.

Paul was an incredibly effective legislator because he worked relationships. He was intensely loyal, and he always kept his word. If Paul told a Governor or Senator he was going to do something, he did it, no matter what.  Paul didn’t care about getting credit. (He noted that Paul was lousy at getting credit, but he didn’t really try—to Paul it wasn’t about getting credit.)

Paul also changed the lives of everyone he worked with—for the better. Young people on the staffs of Congressman  Early and Jim Shannon, as well as his own staffers at the State House—ALL STILL TALK about the lessons of life that Paul Sheehy taught them. I know, I was one of them! Paul influenced my life more than anyone, except, perhaps, my own father. Paul pushed all the young people around him to get an education—to go to Law School, to get your master’s or Why don’t you get your doctorate?

Paul gave advice and counsel; he’d give you every dollar he had in his pocket if you needed it. He might give you the push you needed and more often than not, with me, a good  kick in the pants—all to get you headed in the right direction.

Paul was known as a conservative Irish Catholic, but Paul always fought discrimination based on race, gender or sexual orientation. And I have never met anyone more pro-woman, pushing young women staffers to go and get an advanced degree, go for positions of power, and better careers—and Molly and Paul’s three daughters are an example of that.

So as we say goodbye to Paul, I want to say, Thank you Paul—for leaving this world better than you found it—for positively impacting so many people you met—as well as positively impacting hundreds of thousands you never met. And through it all,  as the lyrics of one of your favorite song goes—You Did It—You did it your way.

I, we, love you…   (Loud sustained applause followed.)