Maxine Farkas for Western Ave Studios writes about some of the artists there who work with glass. Remember, this Saturday is Open Studios from noon till 5 pm. Pay WAS a visit for all your Valentine’s Day gift needs.

One of the interesting things that has happened at Western Ave over the past 8 years is the way that we have attracted a huge variety of artists in sometimes what seems to be a gazillion media. Well not actually a gazillion, just seems that way. For example, take glass. Easy to define right? Clear stuff you can see through, sometimes it comes in colors . . . But at Western Ave. there are folks who do a multitude of things to and with glass and much of what they do is a mystery to me, mostly because there is a crazy amount of chemistry and physics involved and neither were subjects I paid much attention to in my youth. I know I am going to get things wrong, because I am writing from observational memory, not research but it is totally amazing to me how much the community of glass people has grown in the past couple of years. 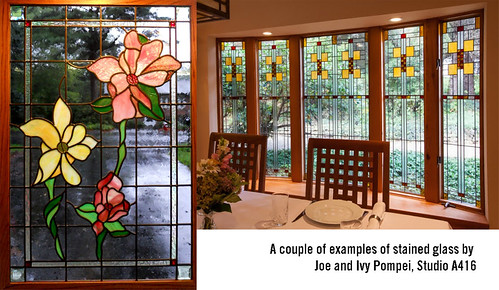 I’ve wandered up to the 4th floor of the A mill a lot lately to watch Joe and Ivy Pompei work on a huge stained glass project, prairie style windows for the entry of a house in Texas. Having grown up in Chicago the design of the windows speak strongly to me of the architectural tours that were a staple activity of my childhood. Joe and Ivy do architectural stained glass, the kind of glass that we are familiar with from churches, grand 19th century public buildings and Victorian houses. But Joe and Ivy don’t let tradition dictate their designs, they did some really cool contemporary windows for the walls of their studio (A416) and they do free standing pieces that would have a lovely conversation with the 100 year old rose window rescued from a house in Oak Park Illinois that leans against a wall in my loft. Oh and if I ever win the lottery, that lamp sitting on Joe’s desk is mine . . . if someone doesn’t grab it first. Michael Hamilton in studio 313 also does stained glass when he isn’t painting icons. 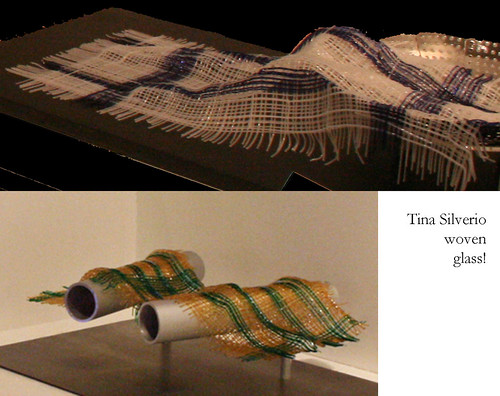 Then there are the folks who do warm glass (warm is a relative term as far as I am concerned). As I understand it,(and my understanding is shaky) warm glass is kiln formed glass. Some kiln formed glass is fused glass, like the Muddy Girls in 405 were doing, but then there is Tina Silverio up in studio A312 who does amazing sculptural things like weaving glass rods and then draping them like fabric or creating thick slabs of glass that become something more.

Aaron Slater came to WAS something like a year and a half ago and built his studio in 216, for the longest time I thought all he did was produce glass acorns (he created the 2012 limited edition Christmas ornament for the League of New Hampshire Craftsmen – it is a pretty big deal, and an enormous undertaking . . . when was the last time you had to produce 5,000 of anything by hand, under deadline?) Then I saw one of his marbles . . . the big kind, the ones with coral reefs trapped inside. I could go in and watch Aaron make one . . . but for the moment I prefer to just believe he makes magic.

Down the hall from Aaron in 212, Orion Becker does lampwork, I haven’t really had a chance to spend time looking at his work, he came in the last six months, he keeps his door closed a lot so his dog Milli can roam free in the studio. Maybe I will make it to see his stuff during the next Open Studios. 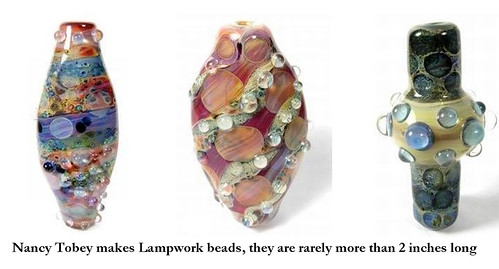 Nancy Tobey in 104 does lampwork as well, but her glass studio hasn’t made it to the first floor yet, she also does encaustic and that is what she works on at WAS, but she does have samples of her lampwork beads and perhaps one day she will bring her glass studio to WAS. Bruce Wood was doing lampwork when he first came to WAS, now he creates critters. (But that is a story for another day!) 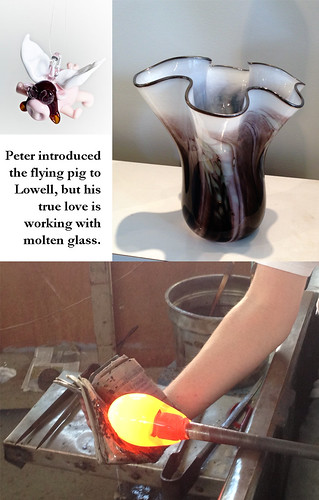 If memory serves me Peter Zimmerman was the first glass artist to come to Western Ave. He started up on the 4th floor, doing tiny lampwork beasties. Peter came to WAS from Bermuda where he worked in a hot glass shop, blowing glass and doing demonstrations. He spent some time on the 2nd floor of the A Mill and just moved downstairs to the first floor of the C/D Mill to studio 125. Peter and Aron Leaman have formed Mill City Glassworks and are in the process of building out their studio where they will have furnaces and will be blowing glass (and teaching glass blowing) and doing demonstrations . . . everyone at WAS can’t wait for them to open!

I think I remembered everyone, unless someone has started doing glass since the last time I walked the building that is!