Who will be the next city manager of Lowell was the big issue this week as it will continue to be for weeks to come. At least four names are swirling about: Kevin Murphy, Eileen Donoghue, Tom Golden and George Ramirez. Because we’re at the “maneuvering behind the scenes” stage of this process, there’s not much to write about. Phone batteries are being drained as never before, partly because these are the types of conversations better said than typed and also because most of the people who engage in this sport are of an age at which talking is preferred to texting.

While I’d say that right now the odds are slightly better than even that one of the four mentioned above, all of whom are well known to us, will become city manager, it’s far from a done deal. I can quickly think of two past situations to illustrate that point. The first was in 2006 when Bernie Lynch was hired. The buzz going into the interviews was all in favor of Diana Prideaux-Brune who was then serving as vice chancellor for facilities at the UMass Lowell and had previously served as the city’s chief planner. During the very public interviews, however, Bernie Lynch won the support of councilors. Because he had been the town manager in Chelmsford, Lynch was a known name but I believe few were aware of the depth of his knowledge of municipal affairs or of his prior ties to Lowell. The interview served to highlight them and the rest was history. (Diana subsequently left UMass Lowell to become the vice president of facilities of Williams College in Williamstown, Massachusetts).

The second example was the hiring of Dick Johnson back in 1991. Jim Campbell, the incumbent city manager, had just been named the head of the Industrial Accident Board by Governor William Weld which created the vacancy. There were many candidates including some still familiar names. They included current City Councilor Jim Milinazzo, current Lowell High headmaster Brian Martin (who was then Campbell’s assistant city manager), former State Senator Phil Shea, former State Senator Paul Sheehy, Roseanne Riddick (who either had served or would serve as an assistant City Manager), Mike McLaughlin (yes, the same Mike McLaughlin) and a number of others. 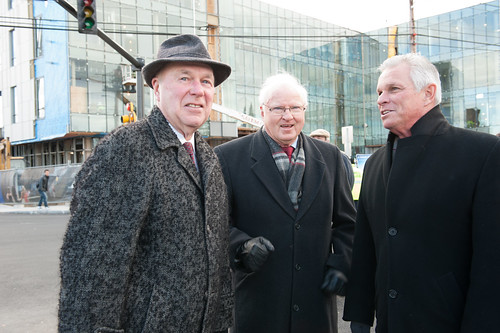 The council at the time consisted of Richard Howe Sr. (who was mayor at the time), Curtis LeMay, Tarsy Poulios, Ray Rourke, Bud Caulfield, Brendan Fleming, Kathy Kelley, and Robert Kennedy. On the first ballot, Shea got the votes of Poulios, Rourke and Durkin (who all stuck with Shea throughout the process). Milinazzo got the votes of Howe and Caulfield. They stuck with him until the final ballot (the 41st) when they switched to Johnson. On the first ballot, LeMay voted for Martin, Kennedy voted for McLaughlin, and Kelley voted for someone named Flaherty.

The legend that has developed around the 1991 city manager selection process was that Bobby Kennedy, who was then also serving as a Governor’s Councilor, was pointed to Johnson, who had previously served as the elected mayor of Taunton, by powerful forces at the state house from that part of the Commonwealth. When a stalemate developed between the two strongest local candidates, Shea and Milinazzo, there was a need for a compromise candidate to break the deadlock. In the crucible of that night’s city council meeting, Johnson turned out to be it. And while it’s true that some lawyer/legislators from Bristol County did pretty well representing big corporations successfully seeking to do business in Lowell, Johnson turned out to be a pretty good city manager who helped navigate the city through a period of chaotic finances that was only resolved with the intervention of a state finance control board. 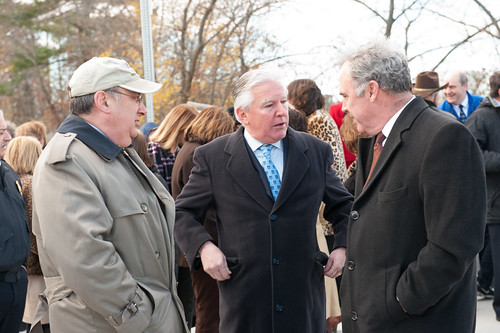 Besides being a fascinating Lowell political story, the 1991 city manager election serves as evidence that despite appearances and suspicions, we are in a very dynamic political time in the city during which anything can happen.

I posted my notes on the city council’s special meeting on the city manager selection process. Items such as salary range and where to advertise were discussed but with another special meeting on this topic scheduled for this coming Tuesday it seems pretty clear that the soonest a new City Manager will be hired is mid-March, at or shortly after Bernie Lynch’s March 10 departure date.

Whether Lynch will stay beyond March 10 was a big topic at the regular Tuesday council meeting. After a lengthy discussion, the council voted 5 to 4 to go into executive session with Lynch this coming Tuesday to discuss the conditions (he called them “expectations”) under which he’ll stay to continue moving the FY15 budget process forward. Also at last Tuesday’s meeting, a joint motion by Rita Mercier and Corey Belanger to have an outside firm perform an audit of the auditor’s office because of the coming retirement of Auditor Sheryl Wright was substantially modified. A lengthy discussion revealed that the city has annual audits done by the outside firm of Sullivan and Powers, that last FY’s audit is just wrapping up and that Sullivan is due back this May to begin work on the FY14 audit. Since any additional audit would cost at least $100,000 and have to go through the normal “request for proposal” process, a majority of councilors agreed to a substitute motion that called for the auditors from the Sullivan firm to come in February while Wright is still with the city than in May as currently scheduled. By doing that, the auditing firm will be able to provide some continuity between the old and new City Auditors. Finally, Dan Rourke withdrew his motion that called for City Manager Lynch to refrain from making appointments or entering contracts from now until he leaves. The rules permit a councilor to withdraw a motion without offering a reason which by my recollection was the case here. It’s probably fortunate that the motion was not acted upon since the City Manager has appointments for the library board of trustees, the planning board and the zoning board on this Tuesday’s council agenda.

As is clear from the above, finding a replacement for Bernie Lynch had grabbed the full attention of the city council (I think there’s only one new motion on this week’s agenda). While officially not much is going on, the city’s political class is working at warp speed to make their person city manager or, just as often, to keep someone else from becoming city manager.

Elsewhere on the Lowell blogosphere, my co-blogger Paul Marion gives us some timely background on the city’s adoption of the Plan E form of government back in the 1940s by quoting from Cotton Was King, the 1976 history of the city. Jack on Lowell Live feed and Lynne on Left in Lowell each have several posts on the city manager succession process with Lynne adding another reviewing budget battles past.

Chris Scott on The Column Blog also takes us down memory lane with a recap of the 2006 “Remember the Rats” rally in which supporters of John Cox very publicly expressed their displeasure with the six city councilors who brought about Cox’s departure from the office of City Manager. If you weren’t around back then, be sure to read the post. Even if you were around and remember it very well, read it anyway as evidence that the old saying “politics makes strange bedfellows” is as true today as it ever was.