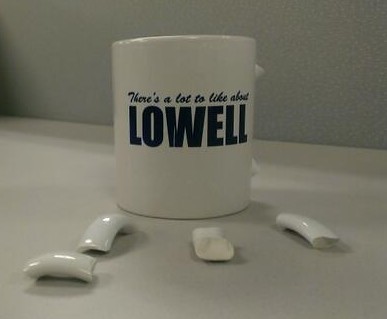 The week began with the inaugural ceremonies for the city council and the school committee. Rodney Elliott was elected mayor unanimously. Tuesday brought the new council’s first regular meeting although much of the agenda was set back in December when three consecutive meetings were missed due to a snowstorm, Christmas Eve and New Year’s Eve. An innocuous looking item at the end of the agenda calling for the council to discuss an employee contract in executive session created some pre-meeting controversy. The request had been placed on the agenda by City Manager Bernie Lynch. The contract to be discussed was his. The controversy at that point was whether to hold that discussion in executive session or in public.

There is now a theory making the rounds that the reason some councilors were so adamantly opposed to the executive session was because they feared that the manager would be able to win over some wavering councilors to support a contract extension in the less scrutinized and more deniable secret session. By forcing the debate to stay public, the wavering councilors would be less likely to jump ship. Whether that is true or not, it seems quite clear that Lynch planned to resign whether or not there was an executive session. He had a letter prepared and, according to the UMass Lowell students in the balcony that night, the letter was sitting on the manager’s desk in plain sight for most of the night. They obviously were too far away to read it; the point is that the letter wasn’t hidden away ready to be used as a contingency.

Lynch’s concise resignation letter, read by him in open session, stunned the council and the city. He leaves March 10 unless he is willing to comply with the council’s request that he stay to finalize the FY15 city budget. With some of Lynch’s biggest critics now saying he has a “moral obligation” to stay and with the council taking up a motion on Tuesday to strip him of some of his powers from now until his departure, it would seem to make it easy for him to say “no thanks” to the request to stay. But he might.

Regarding the contemplated limit on the manager making appointments or executing contracts, I tend to think a literal imposition of that is a violation of the Plan E charter and therefore illegal. More likely, the motion will be interpreted as a “request” by the council to the manager. Perhaps Lynch’s decision to stay beyond March 10 will be influenced by who will be his likely successor. Assuming that person is soon apparent, if it’s someone with whom Lynch is on good terms, he might be likely to stay longer to aid the transition.

The council will also meet on Tuesday before the regular meeting to discuss the process of selecting the new manager. It seems unlikely that there will be an extensive search since several local candidates with strong council support quickly emerged. If the majority of the councilors have already made up their minds, or have narrowed it down to a couple of local candidates who have already indicated their intention to apply, there’s no need to go through a nationwide search charade just to be able to say there was a nationwide search. Besides, it’s unlikely that anyone in the fraternity of bureaucrats who manage municipalities as a profession would jump at the chance to come to Lowell given the rocky ending Lynch is enduring.

Whether it’s a coincidence or not, other administration leaders also announced their departure from city government this week. Sheryl Wright, the city auditor since 2007 will retire at the end of February and Adam Baacke, the assistant city manager for planning and development will leave in early March for a similar position at UMass Lowell. They join former Chief Financial Officer Tom Moses who left late in 2013 to become the town manager in Hudson, Massachusetts.

The Nativity Scene – Sadly, by the time Lynch announced his resignation at the end of the council meeting, many of us who had watched the meeting to that point were suffering from the political version of post traumatic stress disorder after enduring the debate on the motion to move the city-owned nativity scene back to its traditional spot adjacent to city hall from its 2013 home in front of St. Anne’s Church. I wrote a separate report on the manger debate as it happened and then another one the following night after meeting with students from a UMass Lowell class that attended the council meeting. I’ll mention posts on other local blogs on this topic further below, but for now, here’s a short clip of remarks made by Councilor Rita Mercier, courtesy of Lynne from Left in Lowell.

In other (less controversial) business on Tuesday night, the council passed a couple of motions that had been filed in December by Marty Lorrey regarding the naming of the walkway near the now being torn down University Ave bridge for a group of UMass Lowell veterans who died during World War Two and a second motion having the council voice its support for delaying the implementation of the new flood insurance premiums.

The council also transferred a parcel of land at the end of Westford Street that will aid in a new commercial development at the corner of Westford and Wood Street. This project was controversial at the start because it was thought to put at risk the Bowers House, the oldest home in the city of Lowell. The community, the planning department and the developer, however, worked together to find a resolution that preserved the house and was satisfactory to all. (See story on Learning Lowell).

While the council intended to send the proposed anti-panhandling ordinance to the public hearing that would be a pre-condition to enacting the ordinance, instead the city solicitor recommended that the matter be discussed in the executive session already planned for this meeting that was to discuss pending or threatened litigation.

Outside of the council meeting and the city hall departures, some good things happened in the city last week. Farley-White, the developer that already owns the Wannalancit Mills purchased the old Wang manufacturing facility on the Pawtucket Blvd (most recently owned by M/A-COM for $15.5 million). Stacie Hargis, a council candidate last year, announced that she would be leaving the Merrimack Valley Small Business Center to become an Assistant Professor of Business at Middlesex Community College.

Senator Eileen Donoghue’s office announced that the state had allocated $15mil to redo the Lord Overpass to improve the connection between the Gallagher Terminal and the Hamilton Canal District. This is certainly good news. Hopefully, the new design will be the first step in filling in the automotive moat that separates downtown from the Acre and the lower Highlands. If you think driving through the area is bad, just try crossing Thorndike or Dutton Street on foot – it’s not easy and even with crossing lights it’s a risky undertaking. The walkability of Fr. Morissette Blvd was addressed last year. If this project makes Thorndike Street easier to walk across, all we’ll have left to fix is the Lowell Connector and we’ll have remedied the major car culture misadventures of decades ago.

We got a taste of the political year to come on Saturday when five candidates for statewide office attended the meeting of Greater Lowell Area Democrats at the Radisson Hotel in Chelmsford which I wrote about yesterday. The candidates (and office they seek) were Steve Grossman (governor), Juliette Kayyem (governor), Steve Kerrigan (lt governor), Maura Healey (attorney general), and Tom Conroy (treasurer). The activity level is intensifying now because the local Democratic caucuses to select delegates for the spring nominating convention will be held during February. The Lowell caucus is scheduled for Saturday, February 15, 2014 at 11 a.m. at Lowell High School. Anyone who is a registered Democrat is able to attend and participate. The Democratic State Convention will be held on June 13th and 14th this year.

Around the blogosphere: Left in Lowell had plenty of posts this week, with several posts about the nativity scene controversy and the manager’s resignation. Jack Mitchell picked a good time to launch his local politics blog, Lowell Live Feed. He wrote about the nativity scene, the manager’s departure and speculates about his replacement. Paul Belley had a couple of posts about the manager’s departure on Captain’s Log. Besides writing about the Bowers House, Learning Lowell has a nice analysis of a proposal by former Mayor Patrick Murphy to alter our system of property taxation. On The Column blog, Chris Scott had posts about the search for a town manager in Dracut; an update on the death of Alyssa Brame while in custody of the Lowell Police; and a report on the departure of Adam Baacke from the city’s Planning Department.

In other Lowell-related stories from the internet, the Globe had a follow-up story to its earlier article suggesting that Charles Dickens may have gotten the idea for A Christmas Carol during his visit to Lowell. In the new story, the author of the first writes of the comments he received that made clear that the idyllic time of happy farm girls working in the mills by day and engaging in cultural activities by night was short-lived and quickly overcome by economic pressures.

I also discovered a blog called Retro Roadmap which is written by someone who enjoys “finding and photographing cool old places and things from the past.” A recent post tells of an interesting experience at Dana’s Luncheonette in Lowell.