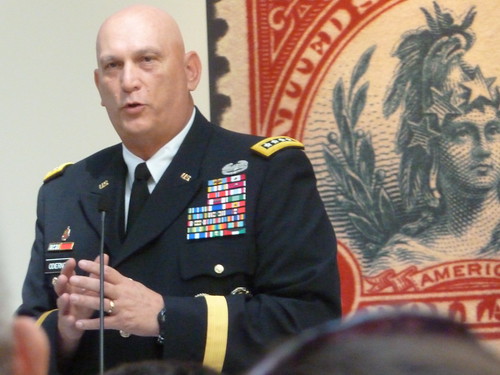 This past weekend I traveled to Washington with family members from near and far to attend a ceremony at the Smithsonian National Postal Museum that involved stamp collecting and the Medal of Honor.

My mother’s cousin, Lowell-native David H. McNerney, was awarded the Medal of Honor on September 19, 1968 “for his conspicuous gallantry and intrepidity at the risk of his life above and beyond the call of duty, in the Republic of South Vietnam during combat actions on 22 March 1967.” As a young Boy Scout, David earned a merit badge for stamp collecting and so developed a life-long interest in that hobby. During his four combat tours in Vietnam he had little time for stamps, but once he retired from the US Army, he devoted much of his attention to stamps and in this retirement had created a world class collection.

After his death in 2010, David’s nieces and nephews, in accordance with David’s wishes, donated many of his rarest stamps to the Smithsonian National Stamp Museum and were able to secure an official duplicate Medal of Honor that was also donated to the museum. The Medal of Honor and several of David’s stamps are now permanently displayed in the just-opened William H. Gross Stamp Gallery which is the world’s largest gallery dedicated to stamp collecting.

At the enshrinement ceremony this past Sunday the keynote speaker was General Raymond T. Odierno, United States Army Chief of Staff. Back in the early 1990s while serving as the commanding general of the Fourth Infantry Division, Odierno had become friends with David McNerney who was awarded the Medal of Honor while serving as a First Sergeant in one of that division’s companies. In his remarks, Odierno explained that the true value of this exhibit to him and to the country was its ability to communicate that people who serve in the military, even a Medal of Honor recipient such as David McNerney, are just ordinary Americans with ordinary interests like stamp collecting. In that way, Odierno said, the country will have a better understanding of those who serve in the military.

Besides General Odierno, those in attendance included U.S. Postmaster General Patrick Donohoe, nearly 50 members of the extended McNerney family, dozens of the men who served in Company A, 1-8 Infantry, 4th Infantry Division, who were with David in the Vietnamese jungle back in March of 1967, and hundreds of friends, admirers, and stamp collectors. 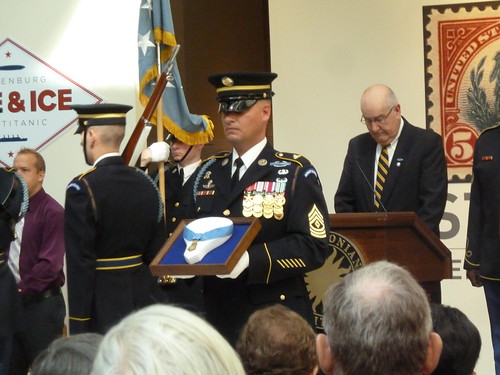 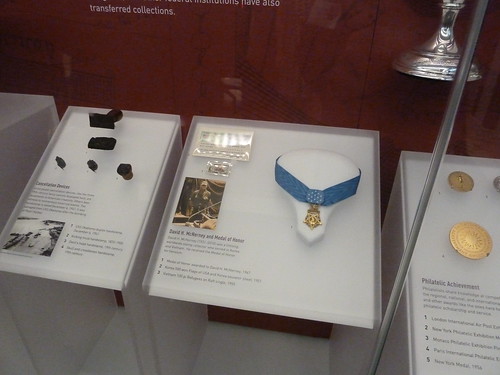 One Response to National Postal Museum & the Medal of Honor