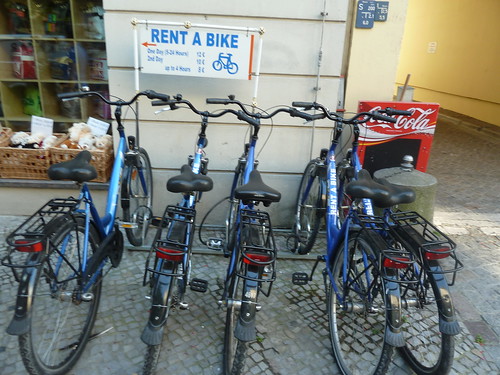 I can’t remember the last time I rode a bicycle, at least one on wheels as opposed to the stationary type at the gym. But that doesn’t mean I’m not a fan of bikes and bicycling. I am. It seems to me that Lowell would have everything to gain and nothing to lose by becoming a more bicycle-friendly city. It might even get me riding one.

This past summer I had the good fortune to spend a week in Berlin, Germany which I found to be one of the most amazing cities I’ve ever visited. Something that truly shocked me was the proliferation of bicycles in that city. They’re everywhere ridden by everyone: old people, young people, men in suits, women in dresses. They’re routinely carried onto street cars and subways and if you don’t have your own, rental stations are available on almost every block. If streets don’t have specified bike lanes, the adjacent sidewalks do, with red bricks indicating the pedestrian side and gray bricks the bicycling side.

Although I was in Berlin in the summertime, I used to live in Germany year-round and its winters can be gruesome, about what we have here, so I doubt the bicycles are used as much in the winter, but I assume the city’s outstanding public transportation network then absorbs those who leave their bikes at home because of nasty weather.

I know bicycles and public transportation seem radical concepts to some, but for city dwellers, that mixture plus pedestrian friendly sidewalks (i.e., car owners don’t use the sidewalk for vehicle parking) seem like a pretty good alternative to everyone driving everywhere every time. That’s why I welcomed the news yesterday that the city of Lowell has purchased four bicycles for the use of its employees on official business. It’s good for the city to lead by example. 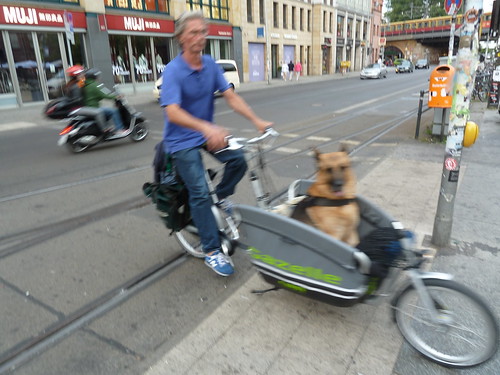 Everyone rides bikes in Berlin