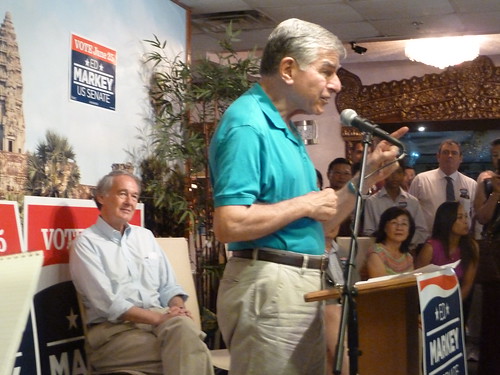 Ed Markey came to Lowell yesterday for a boisterous pre-election rally at the Pailin City Restaurant on Branch Street. He was joined by former Governor Mike Dukakis and his wife Kitty, both in their 80s and both looking great. Dukakis urged people not to pay attention to the polls and to work unceasingly right through the end of election day to get every possible supporter to the polling places. Markey echoed this comment in a speech that was heavy on enthusiasm. Present at the event were Mayor Patrick Murphy, City Councilors Vesna Nuon and Marty Lorrey, School Committee member Kristen Ross Sitcawich, former councilor Rithy Uong and council candidate Stacie Hargis.

The polls across the state open at 7:00 am tomorrow and remain open until 8:00 pm tomorrow night. The US Senate seat is the only contest on the ballot. 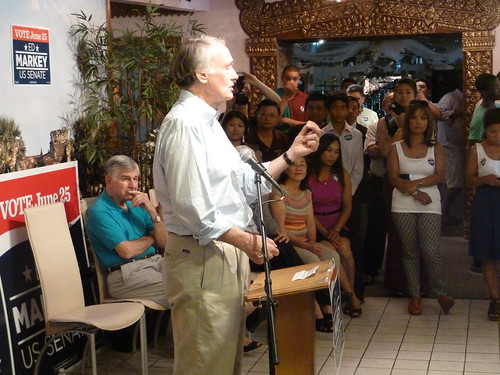 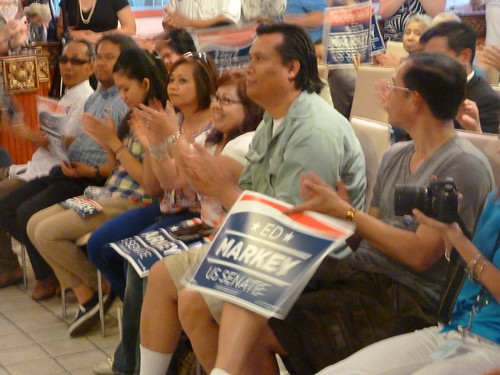