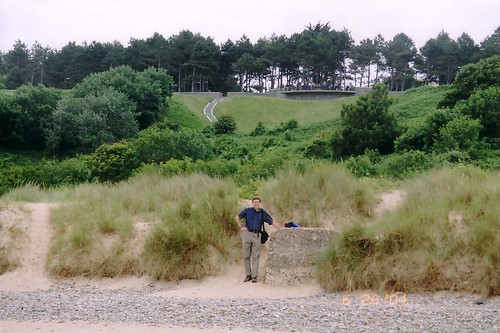 I always try to remember major events in American history with a blog post. Today is the 69th anniversary of D-Day, the invasion of Normandy on June 6, 1944. Below is a repeat of a post I did last year. Above and below are photos from a family visit to Normandy back in 2004.

The Allied invasion of Normandy – D-Day – occurred 69 years ago today. In the pre-dawn hours, thousands of British and American paratroopers jumped into the dark and stormy night. Though they mostly landed far from their designated drop zones and in scattered small bunches, their mere presence was enough to disrupt the German response. At dawn, thousands more troops came ashore in landing craft. While none had it easy, those landing on the beach code named Omaha had the worst of it. Back in 2004 during a visit to France I stood at the waterline on Omaha Beach at low tide and looked inward. The steep slope of a ridge marked the edge of the beach and was visible as far as you could see to both east and west (Omaha Beach faces north). That the American troops were able to get off the beach at all was miraculous. The thousands of white crosses in the cemetery at the top of that ridge are reminders of the cost of getting off that beach. 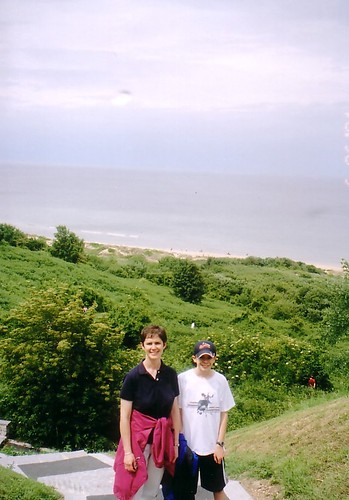