Below is a repost of something I wrote on this day last year. While I would never say that I miss the Soviet Union, I do miss the clarity that came with having a single identifiable adversary in the world. 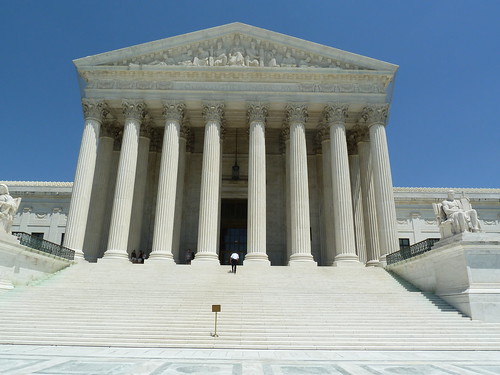 Supreme Court of the United States

May 1st was always a day on which workers celebrated hard-won rights, but after 1919 it also became a day for the Soviet Union to exalt its military might. While the massive parades in Red Square were a boon for Western intelligence services – the Soviets always rolled out their latest and greatest armor and other weapons for public view – the parades also served to show Soviet military might in a way meant to intimidate others around the world.

President Eisenhower, to contrast US priorities with those of the Soviets, during the late 1950s proclaimed May 1 to be Law Day, a day to celebrate the rule of law in the United States. When the Cold War ended, so did much of the motivation to counteract political, military and cultural moves by the Soviets and so Law Day in America has lost some of its importance (although the Greater Lowell Bar Association continues to observe the day with a ceremony in year’s past at Superior Court but in 2012 at District Court, held without much publicity last Friday).

Still, it is important to remember the importance of the law in our country’s history and culture. At a time in which our political system is bitterly divided, the remembering the supremecy of the law is more important than ever.