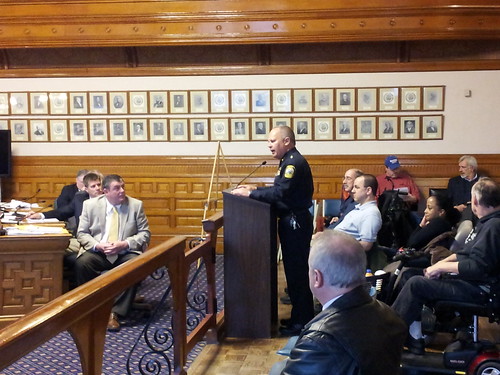 Lowell Police Superintendent Ken Lavallee, who will retire at the end of this week, appeared at last night’s City Council meeting to bid farewell to the councilors. He thanked them for their support for him and for the Lowell Police Department through the years and urged them to continue making motions and holding hearings on public safety matters. Such council scrutiny, he says, create a positive sense of urgency for the command staff of the department and help set priorities. The Chief was also very complementary of support received from City Manager Lynch and others in City Hall. He singled out in particular the Law Department for its assistance to the police. The Chief then invited everyone to a small reception his family has organized for this Friday afternoon in the city council chambers and, while he did not announce his future plans, he said quite clearly “You’ll be seeing much more of me; I’m not going anywhere.”

Because City Manager Lynch was on vacation, he had taped a congratulatory message to Chief Lavallee that was then played in the council chambers. With the manager and Mayor Murphy not in attendance last evening, the meeting was expertly chaired by Council Vice Chair Joe Mendonca while Assistant City Manager Adam Baacke ably filled the manager’s chair (see photo below). 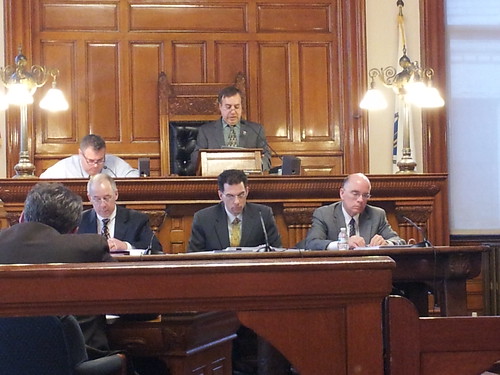