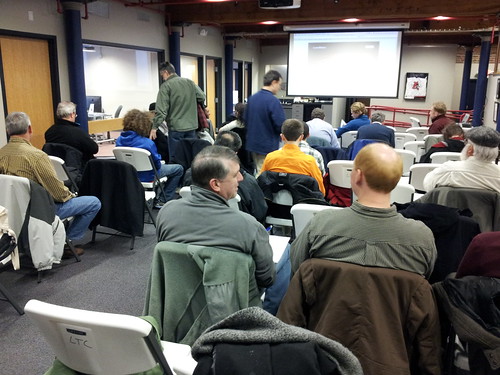 If you wanted a seat at tonight’s LowellMakes meeting at LTC, you had to arrive early because by the time the presentation began, it was standing room only. LowellMakes is a local initiative being shepherded from concept to reality by three city residents, Kamal Jain, John Noto and Eric Sack. The idea is to rent a space and outfit it with a bunch of equipment ranging from 3D printers to lathes that would be impractical for any single individual to own. The equipment will be utilized by a “community of makers” who will pay something in the vicinity of $100 per month for 24/7 access to the facility. The founders even have a space in mind: the second floor of the Gates Block (also known as Merrimack Rug) at the corner of Dutton and Market Streets. It’s recently been renovated by Nick Sarris and it will soon house the Arts League of Lowell and the artists’ supply store, Van Goghs Gear.

LowellMakes seems to be at a critical phase of its young life: the three founders must secure commitments from approximately 40 individuals to pay the roughly $100 per month to cover the rent and operating expenses for the space. If the size and enthusiasm of the crowd at tonight’s meeting was any indication, they have a very good shot at reaching their goal. 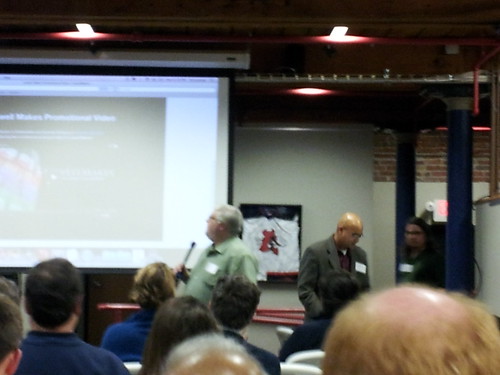