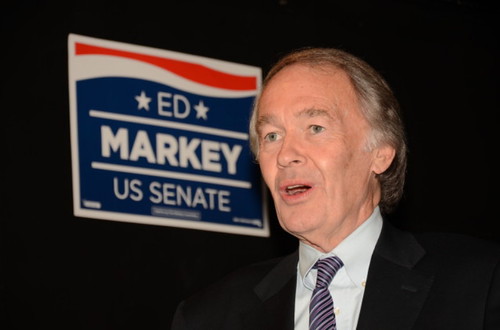 Ed Markey at The Old Court in Lowell. (Photos by Paul Sweeney)

More than 70 supporters gathered Wednesday night in the second floor of The Old Court in downtown Lowell to meet and listen to Congressman Ed Markey who is now a candidate for US Senate. Many of the region’s most active volunteers in last year’s Elizabeth Warren campaign have already signed-on with Markey, giving him a big grassroots boost here in Greater Lowell. Despite blizzards and subzero windchill over the past three weeks, his supporters have collected more than 1500 signatures on nomination petitions mostly in Lowell and Chelmsford. 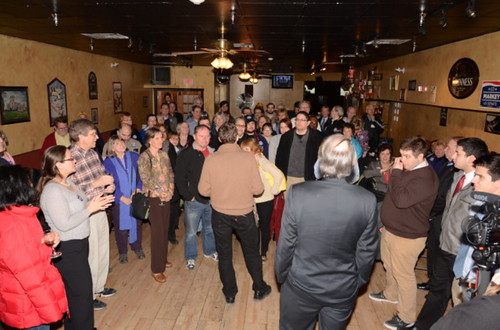 In his remarks, Congressman Markey touched on the major issues that will be debated in this race – clean energy and conservation, gun control, women’s rights, education, just to name a few. He also talked about how all Americans deserve a shot at the American dream, just like his family had. His full remarks are available for viewing courtesy of Robert Mills of the Lowell Sun and the newspaper’s YouTube channel – see the embedded video immediately below: