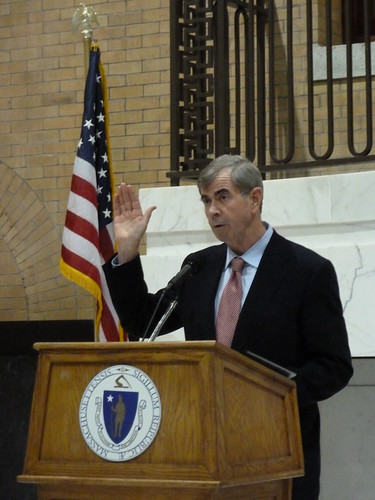 The Commonwealth’s Registers of Deeds, both those newly elected and those re-elected in this past November’s state election, gathered earlier this evening at the State House in Boston for an Administration of the Oath of Office Ceremony conducted by Secretary of State William Galvin (above). The ceremony was immediately followed by a reception for family and supporters. Other elected officials who attended included State Treasurer Steve Grossman, State Auditor Suzanne Bump and Middlesex County Sheriff Peter Koutoujian. Newly elected registers included Paul Iannuccillo in Lawrence, Maria Curtatone in Cambridge, Patricia Harris in Pittsfield, Scott Cote in Greenfield and Mary Olberding in Northampton. I was pleased to take the oath of office as Middlesex North Register of Deeds for the fourth time. 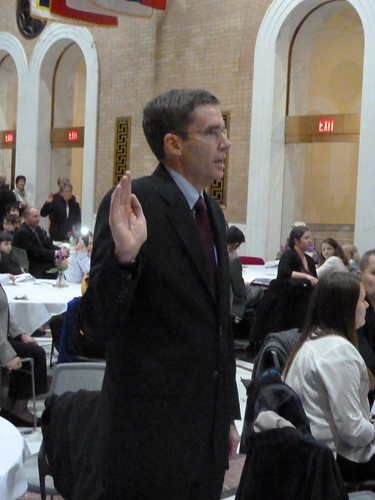 6 Responses to Register of Deeds oath of office ceremony