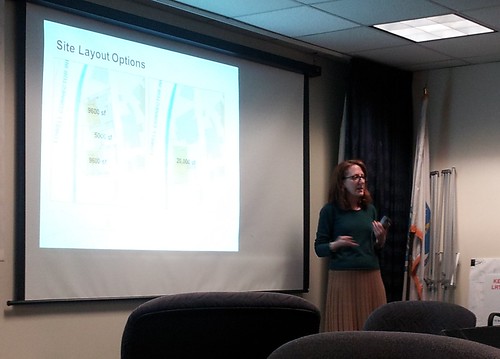 Last evening I joined more than 30 others at the LRTA Maintenance Facility conference room at 100 Hale Street to hear the latest thinking from the city’s Planning Department and the various urban planners (Crosby, Schlessinger & Smallridge) and EPA officials who have been working on a master plan for the redevelopment of Tanner Street. That part of Lowell is perhaps best known for its scrap yards and used car dealerships as well as the location of the city’s most infamous hazardous waste site, Silresim. But the cleanup of Silresim has been underway for decades and as bad as the site was, it is also the impetus for this redevelopment and it gives the city access to a variety of programs and funds, both state and federal, that would not be available under normal circumstances.

Given the “maturity” and density of much of the rest of Lowell, the Tanner Street area presents the potential for a lot of new development in the city. The planners and consultants have judged that the northern part of the site (that closest to Thorndike Street) would be best suited to heavy industry while the southern part (closest to Plain Street) could accommodate new retail uses. One of the big challenges of that end of the street is the intersection of Tanner and Plain which, because of its proximity to the Lowell Connector off ramps, presents a real bottle neck, especially when considering the large trucks that would be accessing the site. The hoped-for resolution of that problem is to bend Tanner Street to the other side of Lowell Car Wash so that it meets Plain Street at the traffic lights at the entrance to the Target shopping complex across the street. To complement that, a new off ramp from the in-bound Connector at about Cambridge Street, which though a long-shot to be built, would ease the traffic flow into the area from Plain Street. Regarding the Connector, it is a major asset to the district but it is also a safety issue. To make it less dangerous, the proposal calls from transforming the Connector from a super highway into a boulevard, reducing it from three lanes down to two and lining it with trees. The speed limit would then taper down from 55 to 45 to 35.

River Meadow Brook, which runs along the Tanner Street side of the Connector, is also a major asset to the area which is totally unused. The redevelopment plan calls for a multi-use path to be constructed that would tie into the Bruce Freeman bike trail (which begins at Cross Point) to add to the regional recreational trail layout in this part of the Commonwealth. Complementary to this pathway, the plan would make the walking/bicycling route from the Tanner Street area to the Gallagher Terminal easier for pedestrians to traverse.

A map of the Tanner Street area is here and the Planning Department’s Tanner Street page is here. While it’s impossible to predict the timetable or the end result of this project, the city is definitely moving in the right direction, taking an underutilized area which many would say is an overall detriment, and seeking to transform it into a vibrant, useful hub of industrial activity, not in some fanciful way that looks great in theory but that would be unlikely to succeed, but in a realistic way that embraces the historical use of the area while improving its trafficability and livability for residents and businesses. 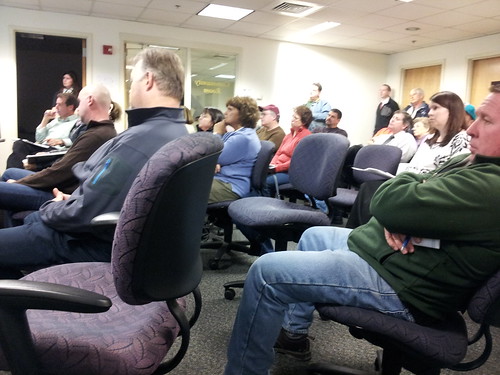 Part of the audience at the Tanner Street community meeting