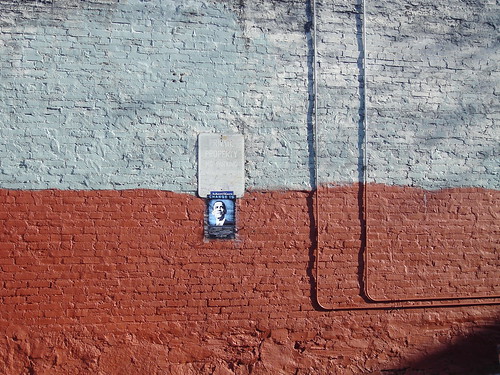 Thanks to Judy Davidson of the East Pawtucketville Neighborhood Group for sending along the above 2012 Presidential campaign relic photograph which she captured during a downtown walk. (By the way, reader photographs are always welcome so please send them along). Then early this morning during a neighborhood walk, I noticed a “Jon Golnik” sign in a curbside recycling bin (Thursday is trash day in the Highlands). When it comes to recycling of campaign signs, putting one in a curbside recycling bin is more “disposing” than recycling. Recycling a campaign sign means leaving it in your garage until the next campaign for that candidate. That’s probably why I haven’t seen many “Scott Brown for Senate” signs in the trash. His supporters are, for the first time in their lives I suspect, pulling for John Kerry, hoping that he gets appointed Secretary of State so their man Scott can run and win a resulting special election and return to the Senate. Charlie Pierce, the sports writing Worcester native who is now the chief political writer for Esquire and whose several times per day blog posts are on my must-read list, is not all that excited about Scott Brown’s chances in such an election.

One Response to Campaign Residue