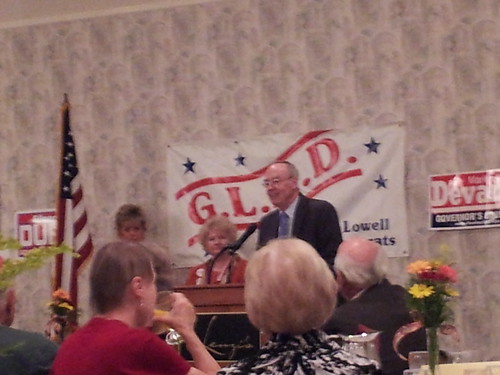 The Greater Lowell Area Democrats held their Annual Fall Brunch this morning at Lenzi’s in Dracut. Many Democratic candidates were in attendance. The main speaker was Congresswoman Niki Tsongas but the person who was given the most attention was Bruce Mann, the husband of Elizabeth Warren. Mann made a compelling case to support Elizabeth in a witty, understated way. There was nothing understated about John Tierney when he took the floor. The Congressman from Salem who now represents Billerica and Tewksbury made an impassioned indictment of Republican rule in Congress saying that sending any Republican to Congress from Massachusetts just reinforces the extremists already in leadership positions.

The final speaker was John Walsh, chair of the state Democratic Party. He shared some numbers from Lowell and Dracut. In the 2008 presidential election in Lowell, Obama received 20,576 votes to McCain’s 10,363. In the 2010 Senate special election, Scott Brown received 10,548 votes to Martha Coakley’s 9547. In Dracut in 2008, McCain received 7284 to Obama’s 7216. In the Senate special election, Brown received 7656 votes to Coakley’s 3156. Walsh pointed out that Brown’s vote total in Lowell and Dracut just about equaled McCain’s vote total while Coakley’s vote was 15,000 less than that of Obama. According to Walsh, Brown won in 2010 because he got out his vote while the Democrats did not. He said the key to a victory for Democrats in general and Elizabeth Warren in particular was to get those 15,000 people who stayed home in 2010 (and many others who acted similarly across the Commonwealth) out to the polls for this election. 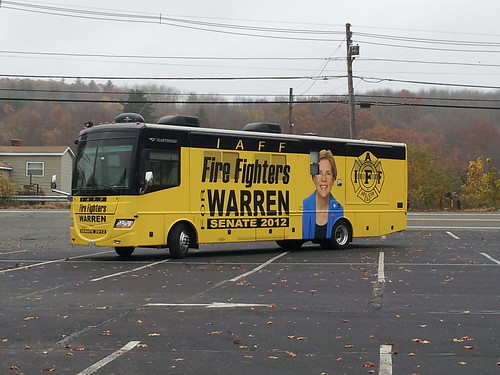