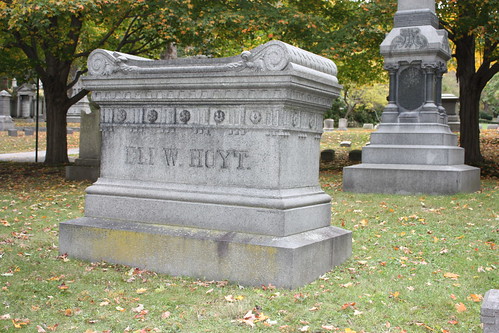 Although not medicine, another product that emerged from a Lowell drug store was Hoyt’s German Cologne. Eli W. Hoyt was born in Alexandria, New York in 1838. Eli came with his parents to Lowell when he was eight, attended the local school before starting work at thirteen years as a clerk at the apothecary shop of Mr. E.A. Staniels, at the corner of Central and Middlesex Streets (where the parking lot for today’s Washington Savings Bank is located). After Staniels died, the twenty-three year old Eli Hoyt became the owner. In 1877, he sold the store to concentrate on selling his Hoyt’s German Cologne. Hoyt suffered from tuberculosis and died in 1887, age forty-eight years.