The second in my series on the patent medicine industry in Lowell: 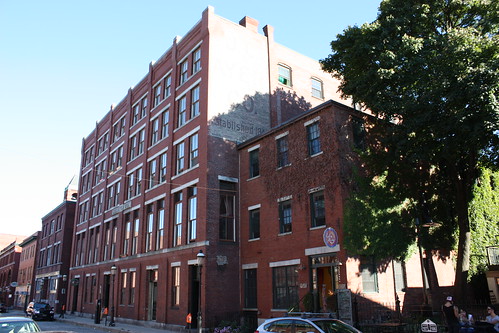 James Cook Ayer was born in 1818 in Groton, Connecticut and moved to Lowell at age thirteen where he served as apprentice in James Robbins’s apothecary shop on Lowell and also studied medicine under the tutelage of Dr. Samuel L Dana and Dr. John W. Graves. In 1841, young James borrowed money from his uncle to buy the apothecary shop and started making patent medicines for sale. His business grew rapidly and he built a factory at 90 Middle Street (shown above, now the Ayer Lofts) with a staff of 300 to prepare the medicines which consumed each year 325,000 pounds of drugs, 220,000 gallons of spirits, and 400,000 pounds of sugar annually. By aggressive advertising, James Cook Ayer built his company to become the most successful in the American patent medicine business, giving him $20 million, one of the great fortunes in America at that time.

Ayer’s first product, Cherry Pectoral, was introduced in 1844 as a cure for “coughs, colds, asthma, croup, laryngitis, bronchitis, whooping cough and consumption.” Ayer’s Sarsaparilla, his most popular medicine, introduced 1859, as “a real blessing that purifies the blood, stimulates the vital functions, restores and preserves health, and infuses new life and vigor throughout the whole system.” Sarsaparilla was recommended for a range of ailments, including jaundice, dyspepsia, pimples, boils, ringworm, female weaknesses and “lassitude and debility peculiar to the Spring.”

The sarsaparilla plant, Smilax regelli, is a vine-like plant found in South and Central America. For centuries its roots have been used for medicinal purposes. Being bitter to the taste, the extract is mixed with sugar to make a pleasing drink, root beer. Sarsaparilla was a favorite of the patent medicine companies.

James Cook Ayer is buried in Lowell Cemetery, his grave marked by the famous lion statue shown below. 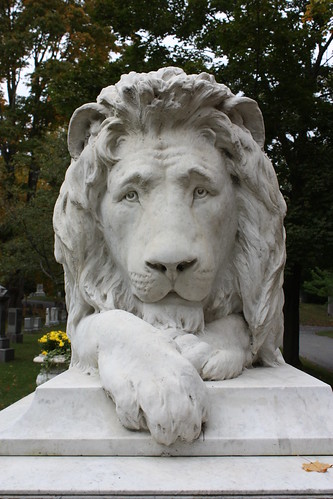