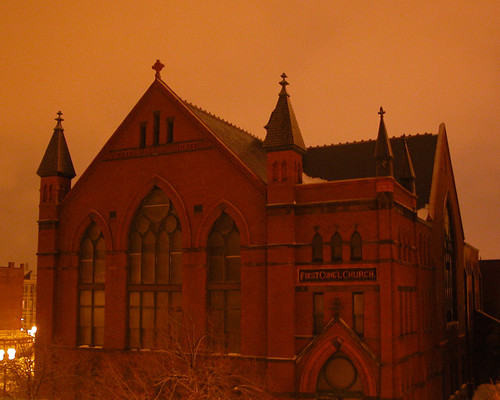 Most everyone in Lowell is familiar with the city’s Smith Baker Center, located on the corner of Merrimack Street and Cardinal O’Connell Parkway just across from City Hall. Although closed for more than a decade, the Center used to house the Lowell Council on Aging on its first floor and on its second floor, a magnificent auditorium-like room that sometimes hosted plays and performances (and which many hope will be revived for the same purpose). Originally, the building was the First Congregational Church. Up until last week, I didn’t know much about either Smith or Baker who I assumed were two people whose names were affixed to the building in its second life. Wandering through the Lowell Cemetery, though, I spotted a headstone (pictured below) that immediately corrected my erroneous assumption.

Smith Baker was born in Bowdoin, Maine in 1836 although his family soon moved to Litchfield, Maine where he attended school. His family was quite religious so it was probably unsurprising that young Smith gravitated to the clergy, first at Bangor Theological Seminary and then at Dartmouth College where he received his Doctor of Divinity in 1891. After a decade in parishes in Maine, he came to Lowell in 1870 as pastor of the First Congregational Church (aka the Smith Baker Center), a post he held for 20 years. He left Lowell in 1890 to take a parish in Minneapolis and then served in Boston, Portland and Atlanta. Upon his retirement, he returned to Lowell and became pastor emeritus of the First Congregational Church, remaining quite active in the ministry and in civic affairs until his death in 1917. I’m not sure when the building was renamed in his honor; that will have to wait for a timely reader comment or perhaps a future post. 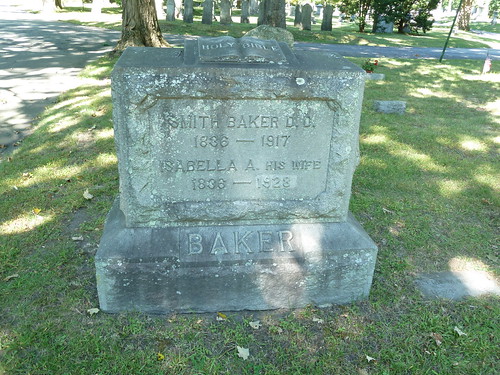