Tom Sexton has been sending us dispatches from the road as he, his wife, Sharyn, and their trusty dog make their annual drive from Alaska to Maine. Below are some photos Tom sent from Mundare in Alberta, Canada. Here’s what Wikipedia has about the town:

Mundare is a small town in central Alberta, Canada. It is located 70 km (43 mi) east of Edmonton and 24 km (15 mi) west of Vegreville, at the intersection of Highway 15 and Highway 855, 2 km (1.2 mi) north of the Yellowhead Highway. The Canadian National Railway tracks run through the town. . . Mundare is host to The Basilian Father’s Museum that presents the history of the Ukrainian settlement and Basilian Fathers Mission in east-central Alberta. It holds a unique collection of 16th and 17th century liturgical books from Ukraine. The museum is off of the highway 45 that borders the eastern part of town and is across from the “Grotto” called the “Golgotha of Mundare”, an elegant garden and shrine that was built by the Basilian Fathers in 1934. . . It is also home of the world’s largest garlic sausage (kielbasa or kovbasa), which cost about $120,000 to build and erect 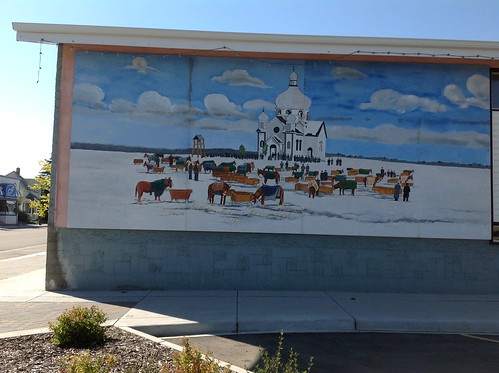 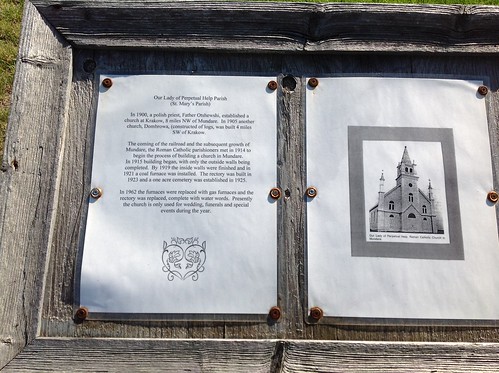