If I had a “bucket list,” seeing John Sebastian perform live once more would have been on it until last night. Check. 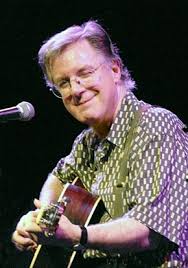 The highly entertaining Sebastian has been a favorite of mine since the Lovin’ Spoonful broke into the record charts in the mid-1960s with songs like “Do You Believe in Magic,” “Daydream,” and “Six O’Clock.”

I bought the single “Six O’Clock,” probably obtained at Beaver Brook Department Store in Dracut or Stuart’s at the Sunrise Shopping Center on Bridge Street or maybe at the Giant Store at the corner of Dutton Street and Broadway. Dick Clark’s record-rating dancers on American Bandstand might have said, “It has a good beat.” I still have the sleeved disc somewhere.

Last night, John Sebastian offered a musical tour of the Sixties, mostly, with side trips into roots rock, Motown, hill country blues, and jug band gigs in hip boites in Greenwich Village. He played the Mississippi John Hurt song with a line that gave his foursome the name Lovin’ Spoonful. I didn’t know that. The group’s first seven songs made the Top Ten. The music and words are staples on oldies radio, but the melodies and lyrics are here to stay in the American cultural canon.

Sebastian voice was croaky on the slow songs but rich and deep on the more low-down bluesy numbers—and he can still pick it up and lay it down. The guitar-playing was superb to my ears. He is a walking Wikipedia of the Sixties pop-music heydey, from the Mamas and the Papas to Woodstock. He will be forever cast in cinematic tie-dye thanks to the little get-together on Max Yasgur’s farm in August 1969. I heard him in concert at Merrimack College in the fall of 1972, after the Spoonful disbanded, and enjoyed a little John Sebastian streak with his solo records around that time. One of them was a “live” album produced by “Cheapo-Cheapo Productions.” I was in line to shake his hand at the CD table last night when part two of the show started, and like the professional that he is, Sebastian told the fans that he had to stop so that we would not interfere with the stage activity. He put on on good show, opening the performance while the sky was still bright over Boarding House Park.

During the break I wandered over to the Boott Mills complex, which at night looks spectacular. The tall stair towers, lines of mill windows, illuminated mill yard, canal bridge leading into the complex—all these features combine to make an appealing historical setting, someplace you’d get in your car to drive to if you didn’t live here. At night, the area feels even more special as a cultural attraction and entertainment venue. On the way out, you emerge from the mill yard to see the colored lights on the Boarding House Park pavilion and the hundreds and hundreds of people arrayed in the park, nestled among a line of trees, the elegant stage structure, handsomely restored millworkers’ boarding house (Mogan Cultural Center), and old Trade High School that is now the Freshman Academy of Lowell High School.

I remember Jon Pousette-Dart’s band as a Boston FM-radio phenomenon in the late ’70s and early ’80s with songs like “Fall on Me” and “Amnesia,” but they were not the draw for me last night. The Pousette-Dart Band always struck me as a first-rate Boston-area college concert headliner, so I was suprised to learn that the group had an extensive touring record, opening for Peter Frampton, Yes, the Byrds, and many others in the past. Clearly a talented guitarist and composer, Pousette-Dart led his group through more than an hour of pleasant country-ish tunes. I can understand why Jon P-D admires John Sebastian. He has spent a lot of time in Nashville writing songs. My friends and I left as his encore was wrapping up, but I had hoped he might bring on John Sebastian for band-backed versions of “Summer in the City” and “Nashville Cats.” I think the crowd would have enjoyed it. I hope I didn’t miss it, if there was a second encore.