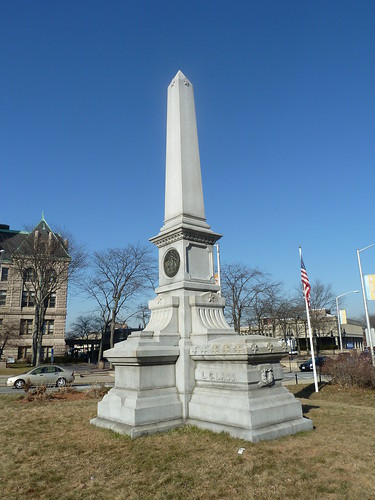 151 years ago tomorrow, 214 soldiers from Lowell who just days before were mill workers, lawyers and laborers, were attacked by a pro-Southern mob as they marched through Baltimore on their way to reinforce undefended Washington against an imminent Confederate attack. The northern troops were members of the Sixth Massachusetts Volunteer Infantry Regiment that had mobilized on April 15, 1861 – the day after Fort Sumter surrendered – in response to President Lincoln’s call for 75,000 troops to put down the rebellion.

The Sixth Regiment consisted of eight companies of 50 soldiers each. Four companies were from Lowell, two from Lawrence and one each from Acton and Groton. The first leg of the regiment’s journey took it by train from Lowell to Boston where three independent companies were attached. The quickest route to Washington led through New York, Philadelphia and Baltimore, a city of extensive economic, social and cultural ties to the south.

The regiment arrived at Baltimore’s President Street Station at 11 am on April 19, 1861. To continue on to Washington, the unit had to make its way through the city to Camden Station about a mile and a half away. En route to the second station, a mob attacked the marching soldiers first with rocks and bricks and then with gunfire. Four soldiers – Luther Ladd and Addison Whitney of Lowell, Sumner Needham of Lawrence, and Charles Taylor whose residence was unknown – were killed in the exchange of gunfire and 32 other soldiers were wounded. At least 12 civilians were killed by return fire from the Sixth Regiment.

Ladd and Whitney’s bodies were returned to Lowell and a monument was erected in their honor. That monument still stands in front of Lowell City Hall and Ladd and Whitney remain buried beneath it.

One Response to April 19, 1861: Lowell men killed in Baltimore