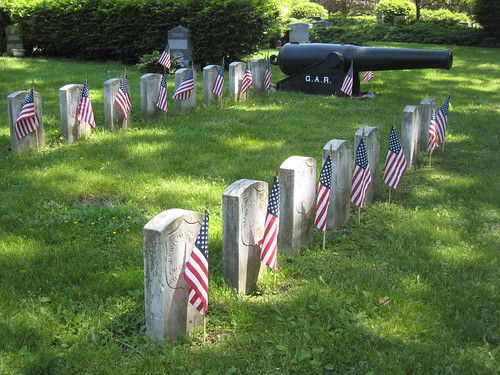 For more than a century, historians have used 618,000 as the approximate number of men who died in the American Civil War. That number, it turns out, may have significantly underestimated the number of casualties. As reported in the Science section of last Tuesday’s New York Times, a demographic historian from Binghampton University in New York named J. David Hacker, has conducted a study that increases the number of men who died in the Civil War to 750,000, a 20% increase over the earlier number.

Although I never gave the basis of the 618,000 number much thought, I was surprised to learn that neither count relies on an actual roster of the deceased. Record keeping in that era was just not what it is today, I suppose. The earlier studies, one from 1889 and the other from 1900, were based on analyzing regimental rosters and were known to be just rough estimates of the death toll, but in the absence of anything more precise they became widely accepted and quoted. Professor Hacker used a different method, one he calls the “2 census” method, to get to the new figure. In this approach, he compared the number of 20-30 year olds in the 1860 census with the number of 40-50 year olds in the 1870 census. The difference between the two quantities was the number who died in the intervening ten years. Making the same calculation for white women, he used their decade-long death toll as a control for non-war deaths and applied that to male losses. The overage he attributed to war-related deaths. Professor Hacker also adjusted for other factors such as the 500,000 foreign born soldiers who served during the war – if they came to America after 1860, they would not have shown up in that year’s census.

While noted historians such as Eric Foner have embraced this new number of Civil War casualties – and I see nothing to dispute it – learning how the number was calculated does remind us that the count is just an estimate with a pretty broad margin of error. But as Professor Hacker points out in the Times story, the cost of the war didn’t end with Lee’s Surrender; it continued on for decades in the lives of the widows and orphans left behind by fallen soldiers.

If you’re interested in the Civil War, this coming Sunday, April 15, 2012 at 2 pm at the Patrick J. Mogan Cultural Center at 40 French Street in Lowell, I will give a talk on Lowell and the coming of the Civil War as part of the opening reception for a new exhibit of the photography of Tony Sampas, a frequent contributor of incredible images to this site. The title of his exhibit is “Lowell Remembers: The Civil War 1861-1865.” It features contemporary photographs of Civil War monuments and sites in Lowell. This event is free and open to the public.