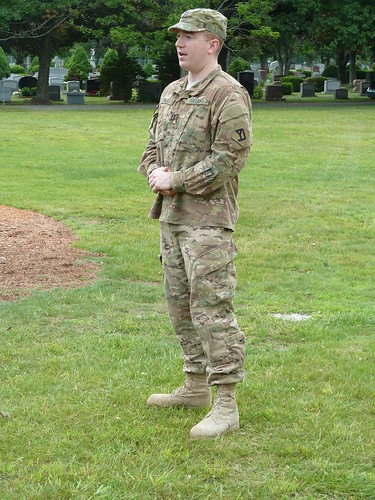 Greg Page in June 2011 while on leave from Afghanistan

Congratulations to Greg Page on his selection as the new Secretary to Lowell Mayor Patrick Murphy. I first met Greg back when he was a Navy Intelligence Lieutenant stationed at the submarine base in Groton, Connecticut after serving a tour with Special Operations troops in Iraq. Of all the places in New England where he could have put down a stake and purchased a home, he chose Lowell, a decision that always made be feel good about living here in the city. Greg has been totally dedicated to Lowell since he moved to the community. And with Greg already having served combat tours in both Iraq with the US Navy and in Afghanistan with the Massachusetts Army National Guard, no one can question his dedication to our Commonwealth and our country.

The current transition in the office of Mayor’s Secretary got me thinking about Lowell political history. Here’s a list of Lowell’s mayors since 1966 with their respective Secretaries, as far as I can recall. I’m hoping that our readership’s collective memory can help fill in the blanks in this historical record:

UPDATE: Thanks to the readers who helped fill in the blanks. The new names are in italics.

5 Responses to The Mayor’s Secretary through the years