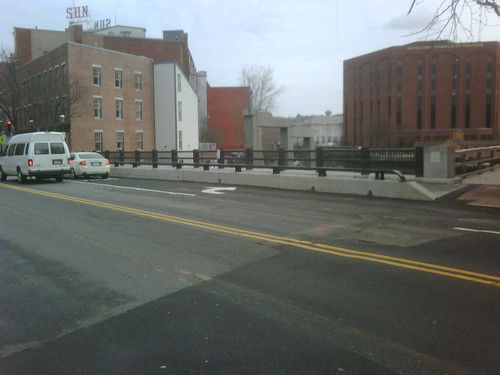 The bridge over the Pawtucket Canal on Central Street in Lowell recently reopened. For more months than I care to remember, one of the inbound lanes of the bridge was blockaded with Jersey Barriers while construction crews made structural repairs to the bridge. The work site formed a traffic choke point that made it best to completely avoid Central Street most afternoons. A business owner near the bridge told me that work on the opposite side, scheduled to occur next, is being reconsidered because the state of that portion of the bridge is not as bad as initially thought.