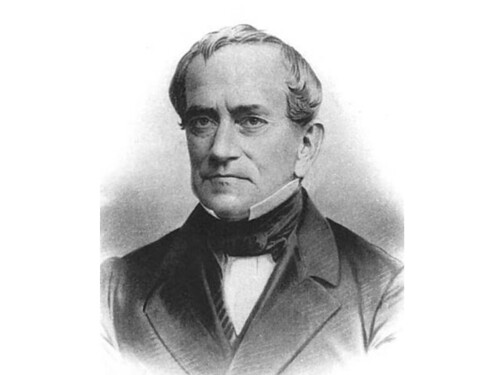 James G Carney is a name that has long been familiar to me because of the Carney Medal, the award annually bestowed on the top three male and top three female students at Lowell High School. However, recent research disclosed much more about Carney that’s worth sharing.

He was born in Boston in 1804 and moved to Lowell in 1828, just two years after our community’s organization as a town. That same year, Carney married Clarissa Willett and they settled into a house at 12 Merrimack Street which was just opposite Kirk Street. Carney was one of the founders of the Lowell Institution for Savings in 1829. (I had my first passbook savings account at the Cupples Square LIFS branch; unfortunately the bank failed in the real estate collapse of the early 1990s). In 1844, the Carney family moved to 25 Pawtucket Street, right on the banks of the Merrimack River. He lived there until his death in 1869 and used to walk back and forth to the downtown branch of the bank twice each day.

Besides his business interests, Carney was very active in the community. He was one of the founders of the Lowell Cemetery in 1841 and served as its treasurer for many years. In recognition of the fine education his children received in the Lowell public schools, in 1858 Carney donated $200 to the city of Lowell to be used for (aforementioned) medals to be awarded annually to the top six graduates – three male and three female – at Lowell High School. Making co-equal awards to men and women in 1858 was quite progressive and completely out of the mainstream of societal thinking at the time. The Carney Medals continue to be awarded today.

Besides his Lowell interests, Carney also developed ties to the Boston business world, helping to found the Bank of Mutual Redemption in Boston in 1855. This connection proved fortuitous to the country at the beginning of the Civil War. When fighting began unexpectedly in April of 1861 and President Lincoln summoned volunteer troops from the North, the militia of Massachusetts was ready to go but since the legislature was not in session, there was no mechanism to appropriate money to finance the journey south. Lowell’s Benjamin Butler, a general in the Massachusetts militia, was aware of the state’s financial plight and headed to Boston via train to contribute his ideas at the state house. Aboard the Lowell to Boston train, Butler encountered Carney and explained the situation. By the time they reached Boston, Carney had pledged a $50,000 loan from his bank and immediately after their arrival, made the rounds to the city’s other banks and secured loan commitments for war expenditures of $4 million. This permitted units such as the 6th Massachusetts Volunteer Infantry Regiment to rapidly relocate to Washington in the opening days of the war. Supposedly, at the same time that Carney delivered the good news about the loan the Governor John Andrew, he also made the strong suggestion that Butler be appointed the overall field commander of the Massachusetts Militia – after all, folks from Lowell have to stick together. Confronted with an offer he could not refuse, Andrew took the money and appointed Butler.

While Carney passed away in 1869, his descendants remained active in the city of Lowell. His grandson, John Jacob Rogers represented Lowell in Congress from 1912 until his death in 1925. He was succeeded in Congress by his widow, Edith Nourse Rogers, who represented Lowell in Congress until her death in 1960. Another of Carney’s grandchildren, Alice Poor Rogers, married Frederick Arthur Flather in 1898. The Flather Family owned the Boott Cotton Mills for many years and some members of the family continue to live and remain active in Greater Lowell.