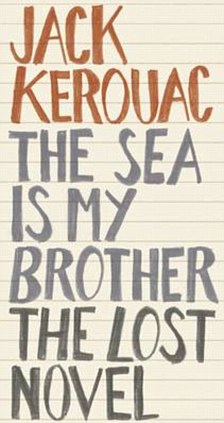 The Daily Mail in the UK and many other media outlets worldwide are reporting on the publication of what is considered Jack Kerouac’s first novel, “The Sea Is My Brother,” written when he was about 20 years old.  The book is being published first in the UK by Penguin, and Harper reportedly has the U.S. rights. The editor is Dawn Ward, a professor at Becker College in Worcester, Mass. According to the Daily Mail:

Published for the first time, the novel betrays the faults of inexperience (lack of narrative shape and focus, an abrupt ending, dozens of redundant synonyms for ‘said’). But these are outweighed by its virtues – the vitality of its dialogue, the freshness and power of its descriptions, whether of cheap saloons, cramped cabins or sunrise at sea, a social concern rarely found in American fiction since Dos Passos.

Here’s the coverage in The Guardian of the UK.

And here’s the BBC coverage.

Here’s The Metro in London.

The novel was excerpted in 1999 in the collection of the author’s early writing that I edited, “Atop an Underwood: Early Stories and Other Writings” by Jack Kerouac (Viking/Penguin). “Atop” has an 18-page selection from “The Sea Is My Brother,” with excepts showing the arc of the whole story. There are elements of the narrative that prefigure Kerouac’s legendary novel “On the Road,” as two main characters, Wesley Martin and Bill Everhart, with shades of the worldly Dean Moriarity and more reflective observer Sal Paradise, head off for an adventure at sea instead of on the highways.