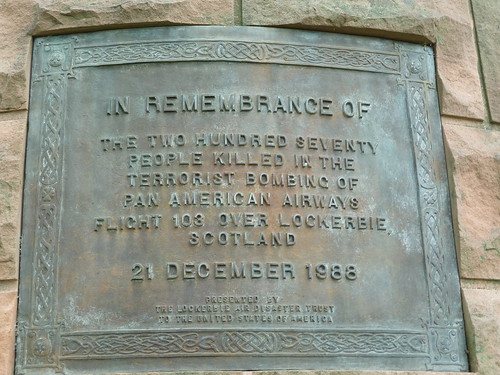 The death of Muammar el-Qaddafi yesterday was a triumph for all civilization. He was a terrorist who was responsible for many deaths, including the passengers and crew of Pan Am flight 103 who died when a bomb planted by Libyan intelligence agents exploded when the plane reached a certain altitude over Lockerbie, Scotland on December 21, 1988. Those victims are memorialized by a monument, shown above and below, at Arlington National Cemetery. 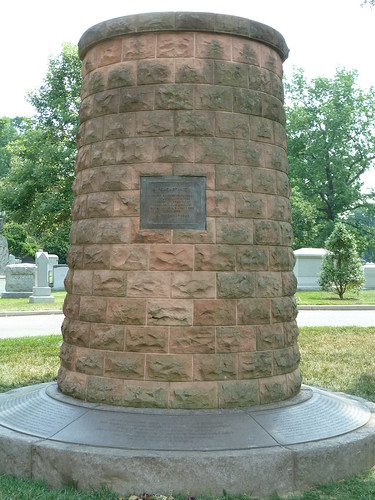 One Response to The death of Qaddafi