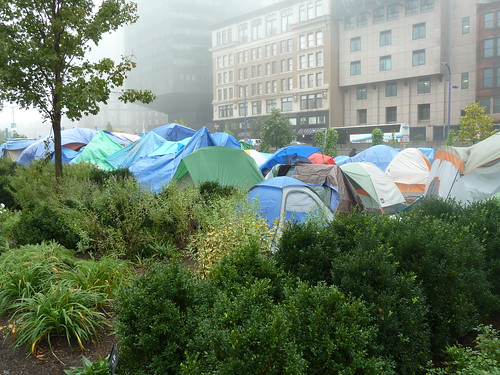 While in Boston one day last week on other business, I walked through Dewey Square to get a glimpse of Occupy Boston. It was early on a misty morning, so many of the inhabitants were still in their tightly packed tents. A couple of school groups were organizing themselves around the perimeter, having taken a field trip to view this societal protest movement. Only a half dozen Boston Police officers were milling about wearing the relaxed look of doing a traffic detail more than being in a tense tactical situation. The Square seemed well organized with an information tent at the entrance, food and medical tents within, and a “media tent” at the far end. There were no porta-potties or other bathroom facilities evident, but I supposed that’s why they picked a site across the street from the always-opened South Station.

Viewing the site in person made clear one thing that hadn’t been fully conveyed by media accounts and that was the tight quarters that existed at Dewey Square. As is evidence from the accompanying photos, you could not fit one more tent onto the site. This puts last week’s actions of the city of Boston in arresting those who attempted to setup in an adjacent portion of the Rose Fitzgerald Kennedy Greenway into a different light. To what extent does the First Amendment require the government to provide enough room to protest and not just the right to protest. What if the number of people wishing to protest suddenly doubled? By not allowing them sufficient space in which to assemble, would the government be infringing on their First Amendment right to protest? Just a thought . . . 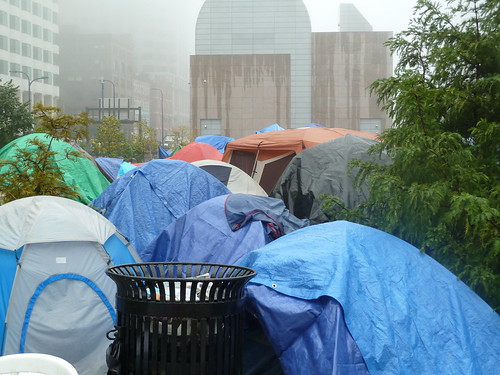 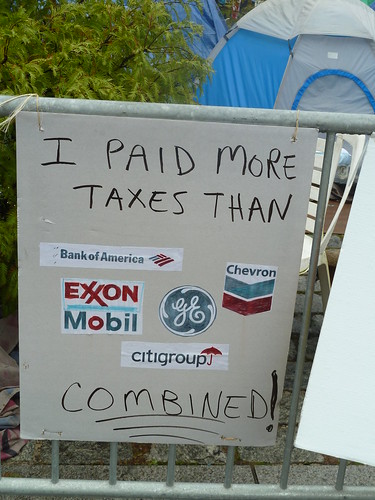