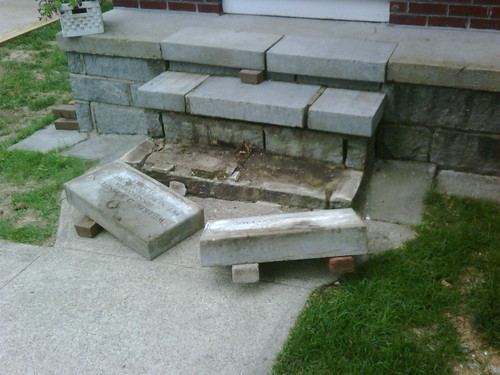 A new homeowner called me today. She, her husband and their son moved into a very nice Lowell home a short time ago. One item that needed attention was the granite front stairs. The mortar holding them in place had eroded and had to be replaced. But when the homeowners started to pull back the granite stairs, they found that they were grave markers of deceased veterans. I stopped by the house on my way home from work tonight. The homeowner turned over two of the markers. I could make out the following:

Presumably, at least two more of these types of stones are built into the steps. The homeowner is anxious to fix his steps, but he also is hesitant to embed these Veterans’ grave markers into cement. He would willingly trade these markers for some comparable construction material so he could finally fix his front stairs. I told him I’d check into it and get back to him on Monday.

A couple of observations: Neither of these decedents is local (one was from New York; the other from Pennsylvania) and they both died in 1955. I have no idea how they got to Lowell or why they ended up as someone’s front stairs. Does anyone have any ideas? Any suggestions as to what to do? 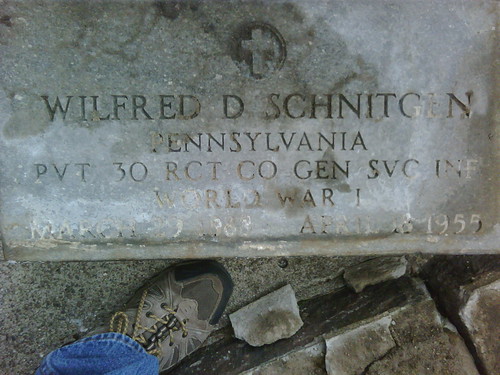