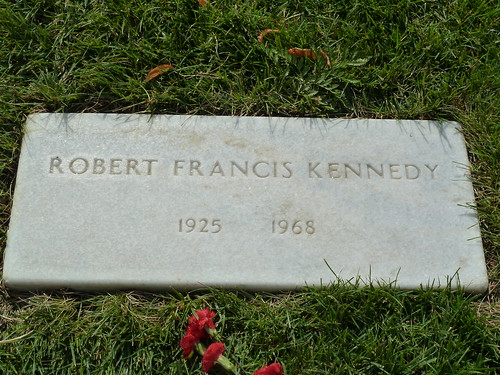 As Marie reminds us in the preceding post, today is the anniversary of the burial of Robert F. Kennedy in Arlington National Cemetery. Robert’s grave is just to the south of the “eternal flame” that burns at the burial site of his older brother, John F. Kennedy. Ted Kennedy, who died in 2009, is buried just to the south of Robert. The photo below (which I took this past Monday while visiting the cemetery) shows Ted’s grave in the foreground and Robert’s in the background. Both are simple flat marble stones (“Robert Francis Kennedy, 1925-1968” and “Edward Moore Kennedy, 1932-2009”) each accompanied by a plain white cross. 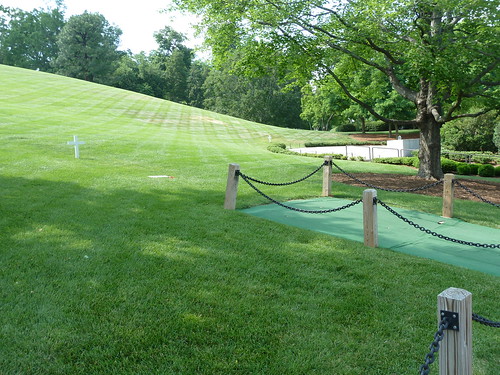