Michael Casey is the author of several books of poetry, including “Obscenities,” “Millrat,” and “Million Dollar Hole.” In 1972, he won the prestigious Yale Younger Poets Award for his book “Obscenities,” now considered a classic volume of both Vietnam War literature and war poetry of all time. His poems have appeared in the New York Times, Rolling Stone, The Nation, and many literary journals. A Lowell native, he graduated from Lowell High School and UMass Lowell (then-Lowell Technological Institute), and SUNY Buffalo (MFA in Creative Writing). He lives in the Merrimack Valley. Here is his Wikipedia entry for more details on his life and work. He read the following poem last April at a joint event at UMass Lowell with Nicholas Samaras, another Yale award winner. The program was co-sponsored by the Hellenic Culture & Heritage Society and UMass Lowell Center for Arts and Ideas. —PM

she was walking down Bridge Street

to the Blue Dot

buy a half pound

she was already in the car

when she told me that

or I wouldn’t have offered her

a ride in my pink cadillac

Sister Vincent not my favorite person

you must have to be kidding me

but my passenger, Sister James, asks me

Albert, how’d you get

the money for such a nice car

you have to be discreet

wouldn’t spread this around

promise you won’t tell anyone, Sister?

y’af to keep this quiet

you won’t tell anybody? promise, right?

so she promises silence

as she gets out of the car

and she starts crossing herself

looking up to heaven 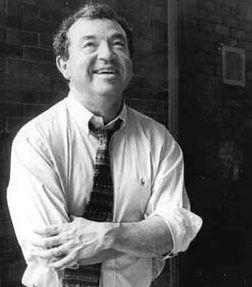