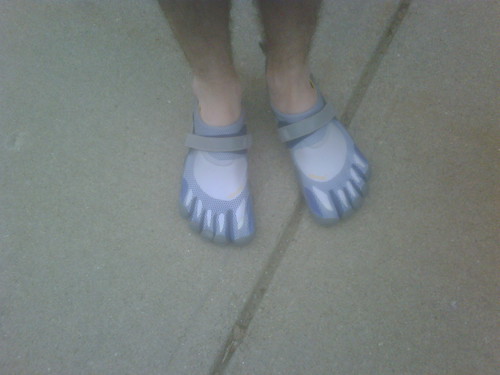 If you’re a runner, you want to be a runner, or if you once were a runner, check out “Born to Run” by Christopher McDougall. The subtitle – “A Hidden Tribe, Superathletes, and the Greatest Race the World Has Never Seen” – only hints at the book’s contents. Running throughout is the story of the mysterious Tarahumara Indians of Mexico’s remote Copper Canyons who have the reputation of being the greatest runners in the world. The author documents the organization and execution of a 50 mile race in this isolated part of Mexico between the best of the Tarahumara and the greatest endurance runners in America. (Endurance runners routinely do races of 100 miles through places like Death Valley which separates them from marathoners who cover a “mere” 26.2 miles).

While the race is certainly interesting, I found some of the background information fascinating. For instance, running is at the core of man’s evolution. Although man cannot run faster than many animals, man can run for longer stretches than almost all. A number of factors go into that – perhaps most significant is our body’s ability to cool itself with sweat glands rather than solely by panting through the mouth. (If you’ve let your dog run loose on a recent hot day and had to listen to him loudly panting afterwards, you know what I’m talking about). Earliest man worked cooperatively to wear down animal prey in a long distance run. These “persistence hunters” need not run faster than the antelope they were pursuing, they only had to keep the animal in sight and keep it moving. After three to five hours, the animal would drop dead from extreme overheating and the human pursuers would feast on pounds of protein which fed our ancestor’s rapidly growing brains. Not coincidentally, the three to five hour time span of the average persistence hunt matches the finish time of most marathoners.

The author also discusses the benefits of “barefoot running.” He condemns the (relatively) modern running shoe industry which he asserts is the primary culprit in the epidemic of foot and knee injuries that plague American runners today. Disagreeing with the position of many physicians that the human leg and foot is ill-suited for the repeated pounding of running, the author and the experts he interviews contend that the human foot is a masterpiece of engineering and is perfectly suited for long distance running – if it’s allowed to work in its intended fashion – which means without a padded shoe supporting it. Therein come the Vibram Five Fingers (pictured above) which provide virtually no padding to the bottom of the foot, just a thin sheet of kevlar to keep the nails and broken glass from piercing the skin. While the author doesn’t advocate a wholesale change to barefoot running, he does make a compelling case that the modern running shoe does to the foot what a cast does to a limb – it causes the muscles to atrophy from lack of use. McDougall does assert that there’s no need to replace running shoes every 300 miles as the running shoe manufacturers content. His position is that the more pounded-down the soles of the running shoe become, the better it is for you.

I can’t fully judge McDougall’s science reporting – I suspect evolutionary biologists and others in the various fields might find that he oversimplifies complex theories – but if you have any interest in running, reading this book will get you up and moving which is by itself a good thing.

One Response to “Born to Run” by Christopher McDougall – a review