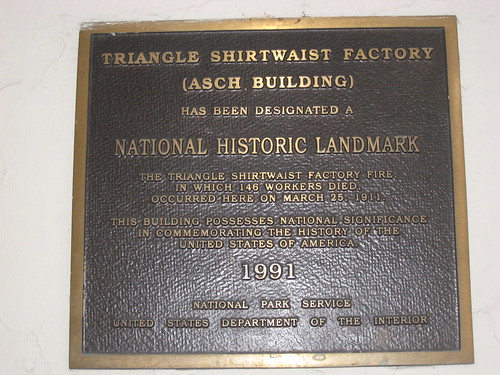 One hundred years ago today one of the deadliest fires in American history occurred at the Triangle Shirtwaist Factory in New York City. The company occupied the upper floors of the Asch Building (shown below) which is just east of Washington Square Park and Greenwich Village. Despite the heavy loss of life, the building survived the fire and is today part of NYU School of Law. Months of accumulated fabric trimmings provided ready fuel to the fire and exit doors that were padlocked to prevent pilferage by workers were mostly responsible for the 146 deaths that resulted. Most of those killed were young Jewish and Italian immigrant women.

The Triangle Fire prompted radical changes in the New York City building code, changes that spread across America and which have undoubtedly saved countless lives during the intervening century. An excellent history of the fires is “Triangle: The Fire that Changed America” by David von Drehle. 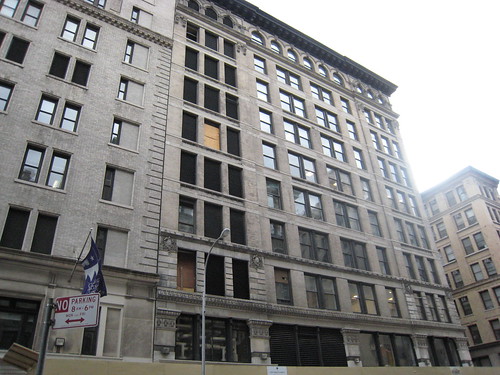