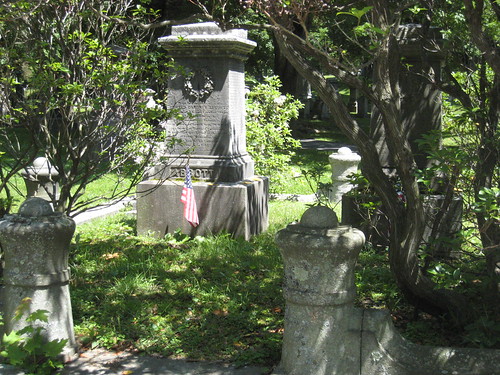 Marie just did a post about efforts to save the Wilderness Battlefield in Virginia, the place where Lowell resident Henry Abbott was killed in action. Above is a photo of his monument in the Lowell Cemetery, which sits alongside an identical monument for his brother Edward, who was killed earlier in the war. Note the upturned cannons at the corners of the curbing that surrounds the lot. The Abbott grave is right next to the cemetery’s chapel.