Another icon of the early TV years has passed away: David Nelson of the “Ozzie and Harriet” program. This show was a reality show of its day, with the family playing itself in scripted episodes, but this Ozzie was a world away from Ozzy Osbourne and his family in his recent TV show. The times they really did change, Bob Dylan. 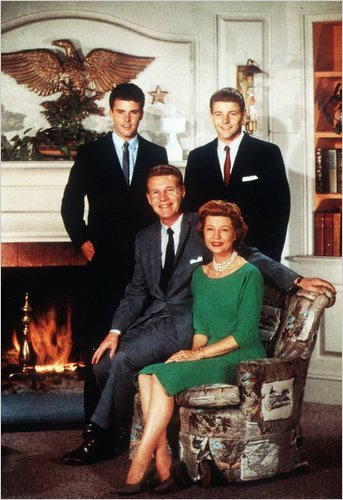 David Nelson, back right, with Ozzie, Harriet, and Ricky in their television home (web photo courtesy of NYTimes)