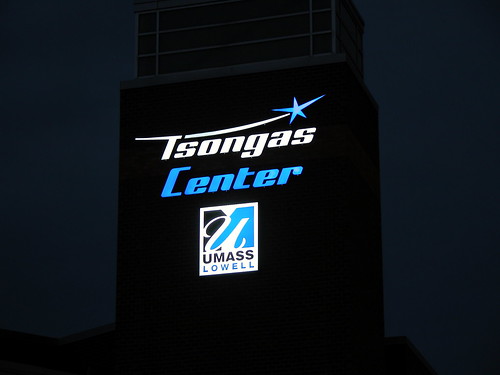 Today we combine photos by Tony Sampas with a poem by Paul Marion in a tribute to Paul Tsongas and the UMass Lowell Tsongas Center.

I view my approach as compassionate realism.
Can you imagine a bumper sticker with those words on it?

1.
It’s January in California. I tear open the package
stuffed with birthday shirts, pistachios from Market Street,
and two-week-old Suns telling of Paul Tsongas leaving the Senate.
Headlines had crossed the country: bulletin on Larry King’s show,
clip on MacNeil-Lehrer, Ellen Goodman’s column in the L.A. Times
about a sick father who sorted out kinds of ambition.
The hometown coverage is epic—former staffers reacting,
Greek restaurant victory scenes, pictures of Paul in Israel,
with big Tip and Ted in Washington, and a family portrait.
Each summer the Merrimack River eases through the valley,
spills over the dam, thins out, sneaks between rocks,
then emerges whole in a wide, quiet metal-flake basin,
right up against the city, in no hurry for the ocean.
1984

2.
Four huge flatbeds, flanked by cruisers with looping blue lights,
slide through the intersection of Broadway and Dutton,
hauling beams for the city’s new arena named for Paul.
I see this on leaving his funeral service in a Byzantine geode,
Transfiguration Greek Orthodox Church—
Church of Metamorphosis, Church of Sudden Radiance,
Church of Radical Development, Church of Holy Light.
He’s gone to the air, gone to the sun, gone to the waters, gone to the ground.
Who planned this steel motorcade just as mourners turned from the church?
Or was it perfect luck or chance or fate?
We know him well enough to say he would love
the idea of excellence in a steel embrace.
1997 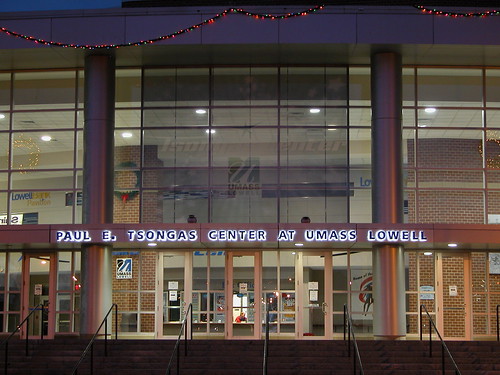